Orange cap and a purple patch

On Saturday, Mumbai Indians lost to underdogs Delhi Daredevils, their third defeat in the IPL. 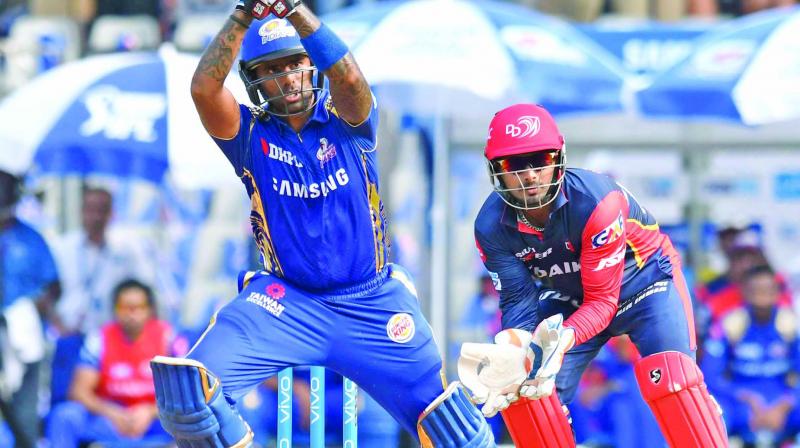 Yadav has played multiple knocks at Wankhede but this time it was different.

On Saturday, Mumbai Indians faced yet another defeat at the hands of underdogs Delhi Daredevils, courtesy Jason Roy’s blistering knock of 91. He was at the pitch from the first ball and finished the game with his own hands on the final ball of the match, chasing a target of 195 runs.

There was another lad whose innings was put in the limelight — Suryakumar Yadav. He donned the orange cap after accumulating a total of 124 runs in three innings. “I really didn't think about it when I started playing the tournament,” are his modest words.

Yadav has played multiple knocks at Wankhede but this time it was different. It wasn’t Rohit Sharma who opened the innings but it was Surya who was eyeing this Indian Premier League (IPL) season as an opportunity to knock on the doors of the selectors.

In his knock of 53 runs in 32 balls, Surya launched the ball out of the park once with a six and carved out seven boundaries. It was just a day before the match that Surya was informed about his promotion in the batting order at the top. “They came up to me yesterday and after the last game and asked would you like to bat higher up the order. I don't mind batting anywhere as I am flexible. So they said number four is the position where you'll be batting.

“But yesterday (Friday) while we were coming back on the flight, on the way to the hotel, he (the captain and team management) said we would love if you open the innings as you have played a lot of cricket here and you are the most experienced so I said I don’t mind opening the innings because I have played most of my cricket here (Wankhede) and I know how the wicket behaves with the new ball. Also, having just  played in the recent MPL (Mumbai T20 League). So I said let’s take that challenge and responsibility and go ahead,” said Surya, who also scored 90 plus runs in the final of the Mumbai T20 League.

“I have always enjoyed batting higher up the order because you get that extra time and can go out there and express yourself. You can say that because the few innings I’ve played in the past, I have not gotten this opportunity to bat high up the order and take it ahead from there. This is a good opportunity for me as well to grab it and take the momentum from here,” he added.

Surya took the challenge and took the team to a quick century in the ninth over along with West Indian Evin Lewis. Even after such an excellent start, the team failed to capitalise. He feels that one win can spawn the ‘momentum’ to start a streak.

“It is little disappointing, not getting even one out of three. But we know as it has been done in the past as well, few games down don’t take away anything. It's a long tournament, we just need one game, and then the momentum will be built from there,” said the right-handed Mumbaikar.

Unfortunately for Surya, his orange cap was taken from him in the evening fixture by Shikhar Dhawan who has reached 130 runs. Mumbai will host Royal Challengers Bangalore in their next game on April 17. Maybe then, he could get back the cap.