No matter the position, Iyer holds his end up

Iyer consolidated the DD innings and ensured he was there till the last ball, scoring 27 runs off 20 balls. 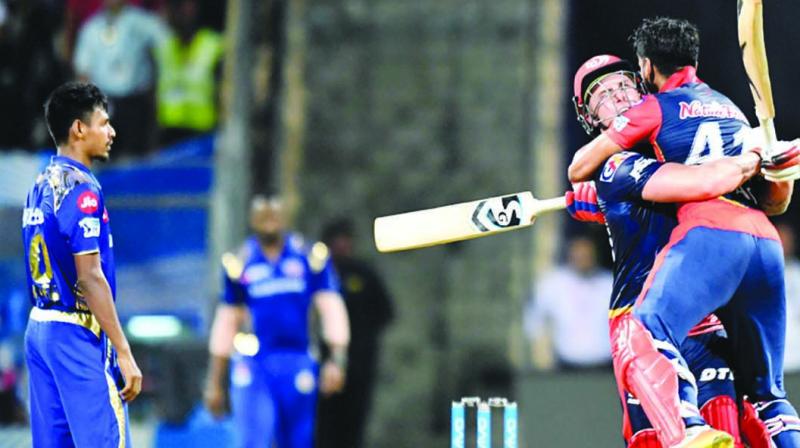 Iyer changed his style and developed into a smarter player with the right-handers technique backing him at the same time.

On his path of destruction, Jason Roy had launched six sixes and as many boundaries while the batsmen at the other end played quick cameos. But Delhi still needed someone who could consolidate and pack a punch when needed and it was Shreyas Iyer, who stood up to that expectation till the final ball. He scored 27 runs in 20 balls to shore up Roy.

After his breakthrough Ranji season in 2015 with 1204 runs, Iyer followed it up with a couple of topsy-turvy domestic seasons. “I used to be careless regarding shots a few years ago,” he says, illustrating why he made it to the national side.

Iyer changed his style and developed into a smarter player with the right-handers technique backing him at the same time. “But after some years, I have realised that if I give myself time, I can easily cover up runs. Today (Saturday) also I did that. I stayed calm. When I was playing dots, I just told myself that at the end I am anyway gonna cover it. I am gonna finish the game. I kept saying that to myself, and yeah, it’s helping me,” said Iyer.

“They continued the partnership and had a brilliant partnership, Rishabh and Jason. Suddenly there was a patch in between where you know you’ve got to close down the run chase and Maxwell was the best man to go in at that time. Even I could have gone but Ricky (Ponting) believed more in Maxwell. It's part and parcel of selection,” he added.

Iyer batted at number five but he still prefers coming on early in the innings as that is where his career has been.” I usually prefer to take some time at the start and build my innings. There are some big-hitters who could straight away go from the first ball. You saw it today. We just decided that one of the top four batsmen have to stay till the end and score big so that the eventual result will go our way. That’s what happened,” he said.

He played in front of his original home fans. Iyer could only get this chance again if his team makes it to the play-offs or the final and if they emulate such a strong feat, who knows he might arrive again.