However, he also believes that KL Rahul could emerge as an option as he keeps in the IPL. 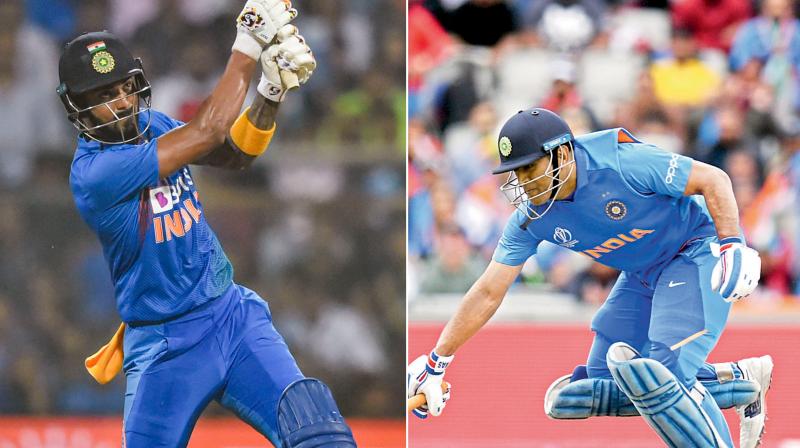 Only Mahendra Singh Dhoni knows whether his body will be able to cope up with rigours of international cricket after a break, KL Rahul could be a 'serious keeping option' for next year's T20 Word Cup and Rishabh Pant needs to 'calm down', feels India head coach Ravi Shastri. (Photo:AFP/PTI)

New Delhi: Only Mahendra Singh Dhoni knows whether his body will be able to cope up with rigours of international cricket after a break, KL Rahul could be a "serious keeping option" for next year's T20I Word Cup and Rishabh Pant needs to "calm down", feels India head coach Ravi Shastri.

With Pant not doing well and mystery surrounding Dhoni's international future, Shastri didn't rule out the possibility of Rahul doing multi-tasking during the marquee tournament 'Down Under'.

"It's sensible (the break by Dhoni). I like the time (around IPL) when he will be starting to play again. I don't think he is too keen on the one-day stuff. He is finished with Test cricket. T20 is an option. It's a format that is tailor-made for him. But will his body be able to cope with the demands, only he will answer," Shastri told 'India Today' during its programme 'Inspiration'.

"The rest would have done him a world of good, mentally. That mental fatigue would have gone away by now. If he decides to play, which he will because he will play the IPL, then he will start training with a very fresh mind. Then you have got to see form," said Shastri, who has already said that no one should "fool around" if the legend decided to play the T20 World Cup.

However, he also believes that Rahul could emerge as an option as he keeps in the IPL as well as for Karnataka in domestic white-ball tournaments.

"It is an absolute option. You got to see where your strength is. Tomorrow, there could be a couple of guys in the middle-order who are firing with unbelievable innings in the IPL. And then if you have a guy who can multi-task, who could be used at the top, because there's some firepower at the back who are doing extremely well, then why not," when asked if Rahul could be an option.

Asked what he expects from Rishabh Pant, Shastri said, "a bit of calm".

"You have got to cash in. Your work ethic should be solid. You have to have a solid approach to your batting. You can't think everything is going to happen the way I want it to happen from ball 1. No, it won't happen like that. This game teaches you. There's a method to madness as well. So, he has to learn that method."

Sometimes playing domestic cricket is not a bad thing as it helps players to rediscover himself, said the coach.

Shastri hinted that Pant could be sent back to domestic cricket to iron out his flaws.

"If he disappears for 3 months or 6 months, just to work on his game, people should not think he has been treated (badly). Absolutely not. He will come back tougher and stronger, if there is a need for that to happen."

Just like skipper Virat Kohli and his deputy Rohit Sharma, Shastri also feels that too much is being spoken about Pant.

"He doesn't need to be spoken about as much as as he is spoken about now. No! He is young, give him time. In 5 years, if he doesn't set the world on fire, then talk about it," said Shastri, for whom winning an ICC tournament is a "bloody obsession".