Kohli is not quite patient enough as captain: Nasser

The former England captain had no problem with what pacer Anderson said about Kohli and felt it was not criticism. 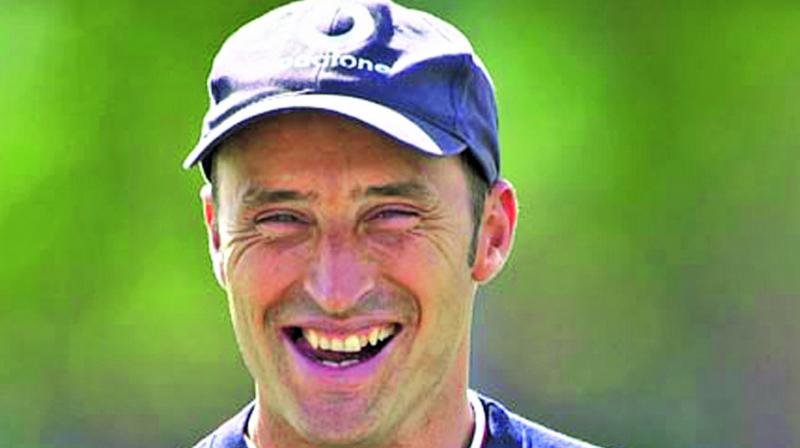 Chennai: The brouhaha sparked by James Anderson’s ungracious assessment on India’s poster boy Virat Kohli just refuses to die down. Ahead of the inconsequential fifth Test at the M.A. Chidambaram Stadium here, the talks are centered around the Anderson controversy.

After the England pacer had suggested that Kohli hasn’t improved as a batsman and pitches in India are hiding his “technical deficiencies”, tempers flared high when Anderson walked out in the middle on the final day of the Mumbai Test. And surprisingly, it was R. Ashwin who was engrossed in a heated confrontation with Anderson before Kohli chipped in to defuse the fire.

A lot of former cricketers took potshots at Anderson for his Kohli comment, but he has his fair share of supporters. Former England captain Nasser Hussain, who is here as the commentator, has thrown his weight behind Anderson. “I had no problem with what he said about Kohli. It didn’t feel like criticism to me,” said Hussain.

Hussain said even Kohli “must know he needs to make runs in England to be considered a truly great player”. “He loses half a mark (Hussain gives 9.5 out of 10 to Kohli) because I still think he’s not quite patient enough as captain,” he said.

Hussain, however, acknowledged Kohli’s brilliant double-hundred at the Wankhede. “That was one of the best double-hundreds I’ve seen, on a ground that’s witnessed some great players. For him to bat like he did was genius,” he added.

Meanwhile, another former England skipper Michael Vaughan took to twitter to question the International Cricket Council for not punishing Ashwin for his altercation with Anderson. “I don’t understand @ICC why @benstokes38 was done for dissent in Mohali but @ashwinravi99 gets away with it in Mumbai? Please explain,” he tweeted.