No full Test side has toured Pakistan since March 2009 after militants attacked the Sri Lankan team in Lahore. 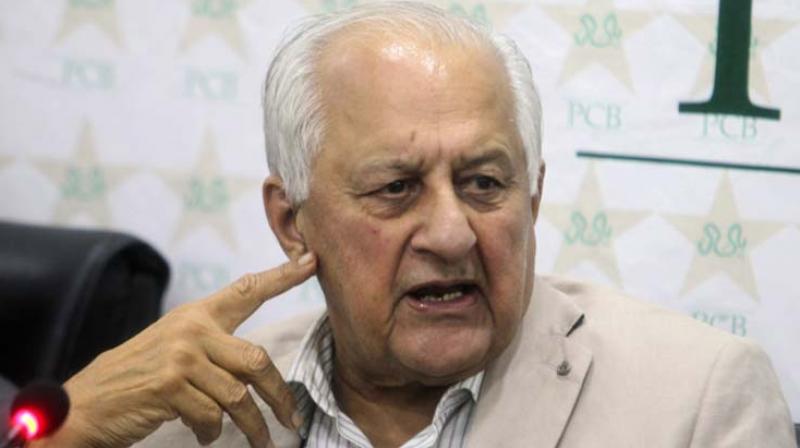 I don't think we are begging the Indians to play with us says Pakistan Cricket Board Chairman Shaharyar Khan. (Photo: AP)

Karachi: The BCCI was willing to play a bilateral series with Pakistan but it was the Indian government which has refused to clear such a contest says Pakistan Cricket Board Chairman Shaharyar Khan.

Khan told the media here that as far as he knew the Indian Cricket Board was willing to schedule a bilateral series with Pakistan.

"But at the moment they can't do anything as their government is not giving clearance for such a series. So even our hands are tied now," he said.

Khan took offence when a reporter asked him whether the PCB was following a right policy by literally begging India to play a bilateral cricket series when they were not interested in playing Pakistan.

"I don't think we are begging the Indians to play with us. That is a wrong presumption. But in international cricket, a Board has to pursue its own interests in a diplomatic manner and we do that," Khan, a former career diplomat, said.

He said there was no question of pushing the Indians but it was also not fair that India had not played with Pakistan in a full bilateral series since 2007.

"We have lost two home series against them and that has cost us millions of dollars in revenues. They also signed a MOU with us in 2014 at the ICC meeting and agreed to a schedule of six series. So we are justified if we are pursuing this matter," he said.

"That is the reason we have raised the issue at the ICC level and we want some funds to make up for India not playing with us in our home series," he added.

But Khan made it clear that Pakistan would never beg for cricket from any country.

"We have told them (BCCI) they should let us know their policy so that we can plan other things."

Khan also said that Pakistan at the moment did not have any plans to boycott any events in India.

Meanwhile, a source in the PCB said that the Board was in negotiations to have West Indies tour Pakistan next year for a short series of three T20 internationals.

"The PCB is in talks and has offered the West Indies state security to visit Pakistan for the three T20 matches and in return Pakistan will play them in three T20 matches in Florida before flying to the Caribbean for the full test tour next year in April-May," the source said.

No full Test side has toured Pakistan since March 2009 when militants attacked the Sri Lankan team in Lahore.