Virat Kohli equalled Brendon McCullum at Mumbai with a solid knock of 235 against England. 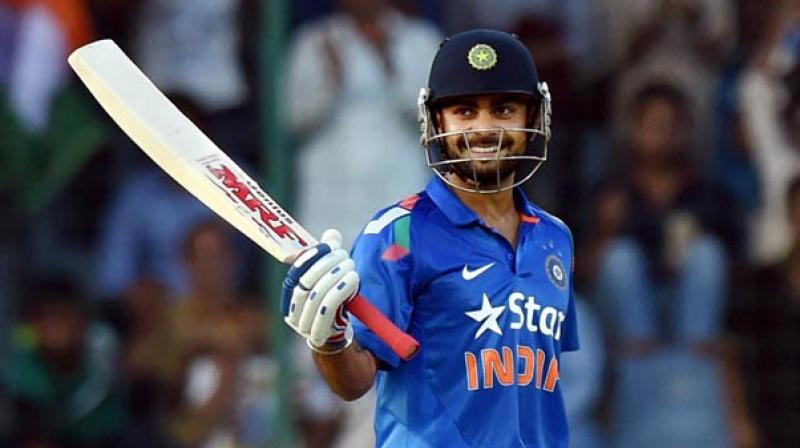 Kohli's feats in all three formats and has set a new benchmark for cricketers says Brendon McCullum. (Photo: PTI)

Sydney: Former New Zealand captain Brendon McCullum claims that Virat Kohil has "changed the game" with his professionalism and fitness.

“Kohli ‘is a freak.’ You look at his impact on one-day cricket, Test cricket, T20 cricket – all around the world, different conditions. And it’s just effortless as well,” McCullum was quoted as saying by cricket.com.au.

Kohli equalled McCullum, who shares the space with Australians Don Bradman, Ricky Ponting and Michael Clarke for the most double hundreds in a calendar year, at Mumbai with a solid knock of 235 against England.

McCullum was full of praise for the Indian captain, the Kiwi said, "If you're looking for one name on a scoresheet anywhere in the world to play in all sorts of conditions, gee it'd be pretty hard to go past Virat Kohli I'd say."

“Kohli's feats in all three formats and the manner in which he has set about achieving them have set a new benchmark for cricketers, inspiring his countrymen to prepare and perform to similar levels in the process.”

McCullum also praised the 28-year-old’s performance and his competitive spirit, “He’s an out-and-out superstar and he plays the game in the right way – he plays it hard on the field but he never really crosses the line, unless challenged in a different way,” he said, “But he’s an absolute superstar and I think the game is lucky to have him.”

The former wicketkeeper added that Kohli has taken Indian cricket to a new level, "If we look at Indian cricket over a period of time, they've always been immensely talented, but just with the high intensity he operates at on a consistent basis, he's taken that to a new level through his professionalism and his fitness.”