The off-spinner wants to make it 4-0 for India at Chepauk, his home ground. 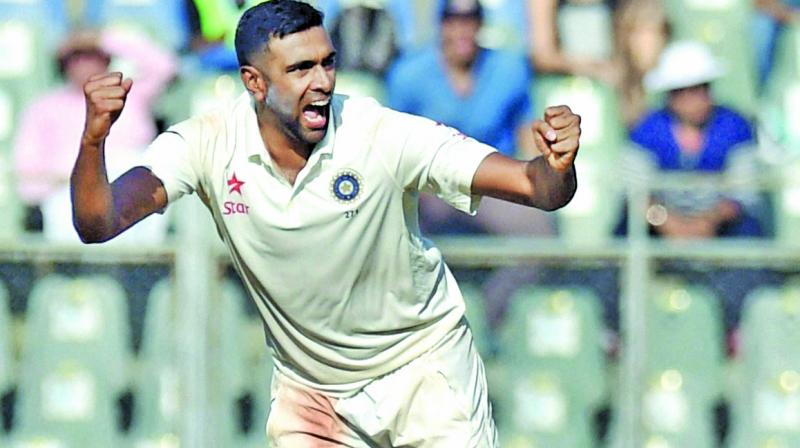 Chennai: “We will look to make it 4-0.” Looks like there is going to be no respite for the battered English team if those words of R. Ashwin are anything to go by. With the five-match series already having been clinched, India are in no mood to let go of their dominance and want to rub it in further by wrapping up the last Test on a high.

“If we can stay as disciplined and play with the same intensity as we have done in the last three Tests, we can have this game under our control,” elaborated Ashwin on the hosts’ mindset ahead of the fifth Test slated to begin on Friday.

The local boy Ashwin said playing at the M.A. Chidambaram Stadium always brings with it an element of nostalgia. “Playing at Chepauk brings back lot of fond memories. The last time we played here was against Australia in 2013. It was my first Test here and I was excited to have played in front of my parents and extended family. This time, I’m in a far better frame of mind. I’m enjoying my cricket,” added the 30-year-old.

The leading wicket-taker in this series, Ashwin said he hopes that the pitch will offer the customary bounce that has been a characteristic of Chepauk. “Usually it’s a red-soil wicket. This (the current one) looks a little damp at the moment. I’m hoping there will be the usual bounce,” said Ashwin.

With there not being much cricket in the city for the last couple of years, Ashwin expects that the knowledgeable crowd of Chennai will make their presence felt by turning up in large numbers. “This has been a cricket-starved city for some time. I’m hoping that people will come out in droves. I’m looking forward to seeing the crowd erupt in joy when my name is announced before I bat or introduced to roll my arm over.

“My first Test here as a spectator was in 1993 when India played England and I remember Sachin scored a big hundred. Since then, I haven’t missed a single Test at this venue,” signed off Ashwin, who is enjoying a phenomenal season.