Shikhar Dhawan opens up on his Test cricket predicament

Shikhar's Test career hasn’t seen the same kind of development as his ODI and T20I career. 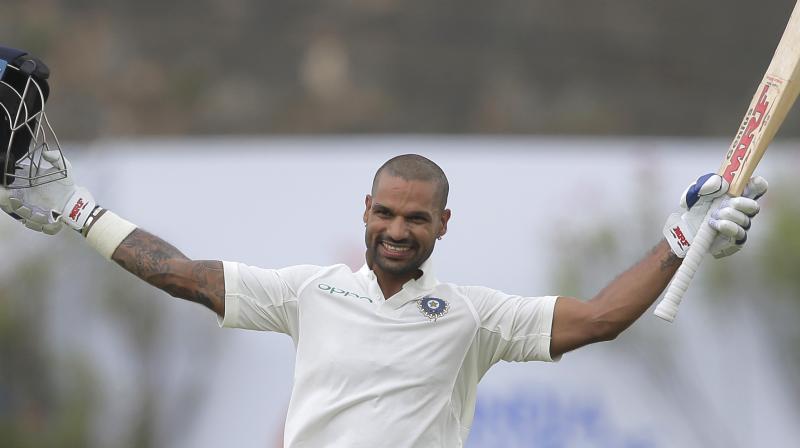 Mumbai: Shikhar Dhawan has been one of the most vital cogs of the Indian cricket team in the last few years in ODIs and T20Is. His stats also show the kind of impact that he has had since coming in this Indian side. But, his Test career hasn’t seen the same kind of development as his ODI and T20I career.

Dhawan has played 34 Test matches and scored 2315 runs at an average of 40.61. Although that is not at all a bad thing, competing for a place in the Indian team requires many more things. One of them is consistency; which one could argue isn’t Shikhar Dhawan’s forte.

The loss of his place in the Test squad is because of lack of consistency. There were several instances wherein he would perform splendidly in a match or a series, but later go on a very bad streak. He drew the last straw more than a year ago against England, where he returned with very poor scores. Ever since then, he hasn’t been selected to represent India in Tests.

In an interview with the Hindustan Times, he talked about his Test predicament. When he was asked about his exclusion from the Test side, he said, “I guess England is the only place where I couldn’t score much. In Australia too, I had an 80 but yeah, I had fewer runs. In New Zealand, I scored a bit. So that sometimes rankles but, of course, I gave my best. But it doesn’t mean that I will not be able to make a comeback. If I get an opportunity, I will definitely do it again. Because with time you get experience.”

He also identified the possible reason as to why he faced issues in Tests. He said, “More than style, it could be shot selection. Where you have to defend and where you have to throw the bat. You play differently in different places. So I guess I wasn’t consistent enough on that aspect. (But) I have an average of 40 (40.61) in Tests.”

He added that he would play Ranji to increase his chances of getting selected in the squad. “Like I am playing ODI, T20, when I play Ranji too, I’ll definitely try to perform. I am sure I’ll be a strong contender for the Test side. When you get runs, they speak (for you). I remain forever young at heart. You’ve seen me play Ranji for so long, my energy and determination remains the same,” he added.