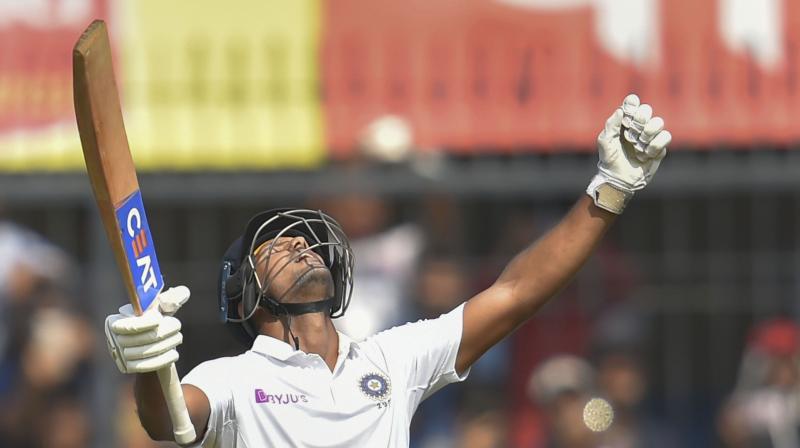 Mayank Agarwal blew away the Bangladeshi bowlers with his splendid innings. (Photo: PTI)

Mumbai: Mayank Agarwal has smashed his second double century against Bangladesh in the 1st Test match taking place in Indore.

He has been batting strongly since the start of his innings has that has been fruitful for him.

He reached his double century with style as he smashed a six against Mehidy Hasan while batting at 196, showing flashes of Virender Sehwag.

With this innings, he has broken quite a few records. He broke the record of legendary batsmen like Don Bradman and Lawrence Rowe to become the second-fastest batsman to score two double hundreds. It took Mayank 12 innings to achieve this feat.

This double hundred by Mayank also makes it the first instance for any team wherein there has been a double hundred hit in four consecutive Test matches.

Mayank: 215 against South Africa in Vizag

Kohli: 254* against South Africa in Pune

Rohit: 212 against South Africa in Ranchi

Mayank: 202*against Bangladesh in Indore

If Mayank continues to play this way, then he could be able to beat the super-impressive Don Bradman's record of being the fastest to score 2000 Test runs.