Gambhir has gone on record to criticise MS Dhoni’s infamous rotation policy that he implemented in the 2012 CB series in Australia. 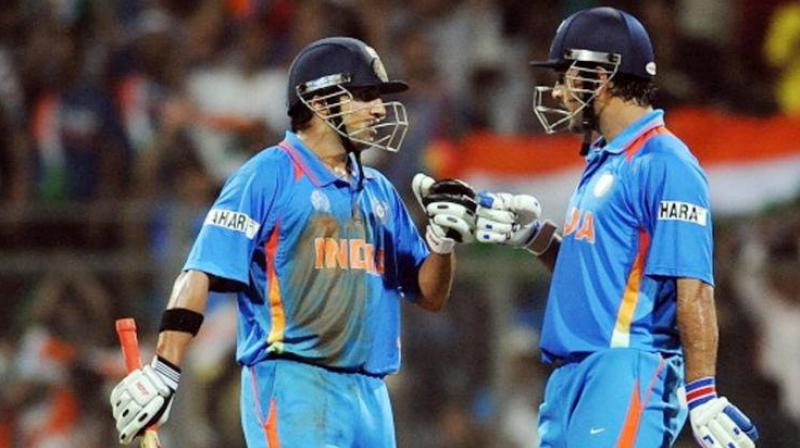 Mumbai: It’s safe to say that former Indian opener Gautam Gambhir is not on good terms with former India captain Mahendra Singh Dhoni. Dhoni has oftentimes been blamed for Gambhir’s ouster from the Indian team.

Gambhir has often criticised Dhoni for the latter’s mistakes. This time around the former opener has gone on record to criticise MS Dhoni’s infamous rotation policy that he implemented in the 2012 CB series in Australia, wherein he had rotated Virender Sehwag, Sachin Tendulkar and Gautam Gambhir in the playing eleven.

This tactic of Dhoni was largely unsuccessful and left India on the brink of defeat. Later, Dhoni had to revert back to playing all three of them in the hope of conjuring something up for India in the series. But, eventually, India got knocked out of the series.

In an interview given to ‘Lallantop’, Gambhir said, “I believe that one should follow the captain’s decision but it was complete cr*p. You started with the rotation policy but played all the three in the must-win games. If you make a decision, back your decision, stick to it.”

Gambhir also said that during his entire career, he was made to feel secure just once and it was during that period itself when he played his very best.

He said, “I was made to feel secure just once. During that phase only, I became the ICC Test Player of the Year. India won the triangular series just once in Australia and I was the highest run-scorer. India won a Test series once in 40 years in New Zealand and I was the Man of the Series. I score five consecutive hundreds. This is why it is important to make young players feel secure.”