Kumble had some special criticism in store for the Indian fielders, who dropped five catches in the first innings of the Rajkot Test. 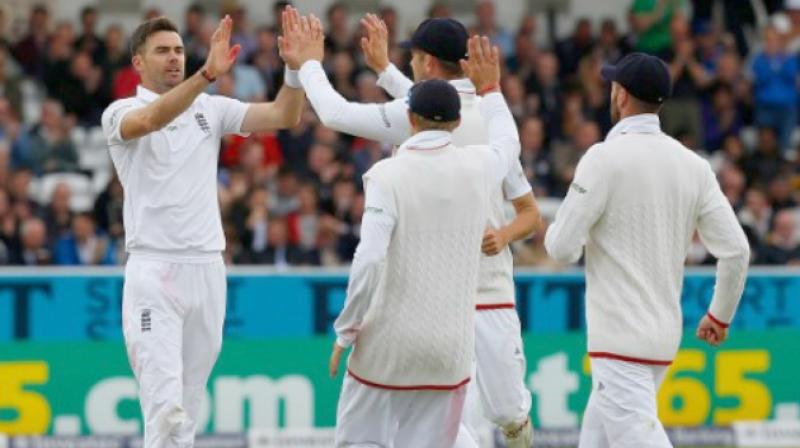 Despite a disappointing start to the England series, Anil Kumble will be looking to rally his men around, for the second Test at Vizag. (Photo: AFP)

Vishakhapatnam: India national team coach Anil Kumble, on Tuesday, was critical of his side’s fielding, ahead of their second Test against England in Vizag.

India have gotten off to an indifferent start in their home series against England, after managing a draw in the first Test at Rajkot. The world no.1 Test side were dominated by England during the Rajkot Test.

Kumble rued some of the missed chances in the first Test, saying that India need to improve their fielding.

“The only aspect where we have probably let it down is catching. Batting or bowling or catching are things that this team really prides itself (in). And that’s something that we are really aware of, going into this Test match,” said the India coach.

However, the 46-year-old had some special praise in store for India’s pacemen, who he believed gave their prime performance against England in the first Test.

“I thought our fast bowlers Mohammed Shami and Umesh (Yadav) bowled exceptionally well on that surface,” said Kumble. “They got it (the ball) to reverse as well, and really troubled the England batsmen.”

It was announced just before the first Test that England paceman James Anderson will rejoin the squad after recovering from a shoulder injury. Kumble believes that Anderson’s possible return will be a huge boost for England, has the 34-year-old will bring in a wealth of experience.

“He’s got 450 Test wickets, so that’s obviously experience, and he’s played here before. So he’s been a very important player for England,” said Kumble.

“Obviously you need the experience, and if someone is available, then it could be a stronger unit,” he continued. “But we’d like to look at England as a team and not focus on one particular bowler or one particular batsman.”

India are also set to receive a huge shot in the arm, with opener KL Rahul’s return to the national team being confirmed on Tuesday.

The 24-year-old has been out of action after injuring his hamstring in the first Test against New Zealand, last month. However, Rahul has recovered sufficiently, and has even scored 76 and 106 in a Ranji Trophy First Class match between Karnataka and Rajasthan, in Vizag.

When asked whether the Karnataka man will be included in the India lineup for the second Test, Kumble said, “There’s two days still left. He’s available for selection. And we’d want Rahul to be in the starting lineup. That’s the reason he’s been included.”