KL Rahul has made a return to the Indian side for the second Test against England. 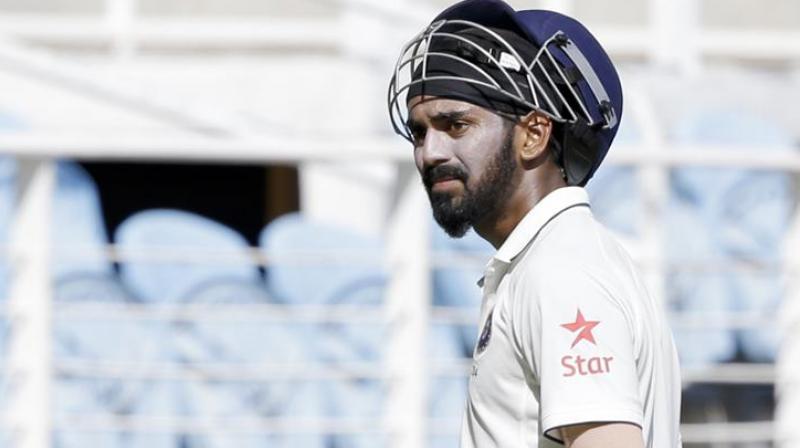 The opener has been added to the squad as the 16th member. (Photo: AP)

Visakhapatnam: Karnataka batsman KL Rahul has made a return to the Indian side for the second Test against England, starting on November 17 at the ACA-VDCA Stadium in Vizag.

The opener has been added to the squad as the 16th member.

Rahul missed the last two Tests against New Zealand and the first Test against England due to a hamstring injury.

India team selectors have decided to pick Rahul as he has fully recovered from the injury.

“The All India Senior Selection Committee has decided to add India batsman KL Rahul to the Indian squad ahead of the second Test of the Paytm Test Series - 2016 between India and England to be played at Vizag from November 17, 2016," said BCCI in its media release.

“Rahul has fully recovered from his right hamstring injury and would be joining the squad today (November 15, 2016),” added the Indian cricket board.