So far, the selectors have kept the cricket fans on their toes by including surprising names in India’s squad. 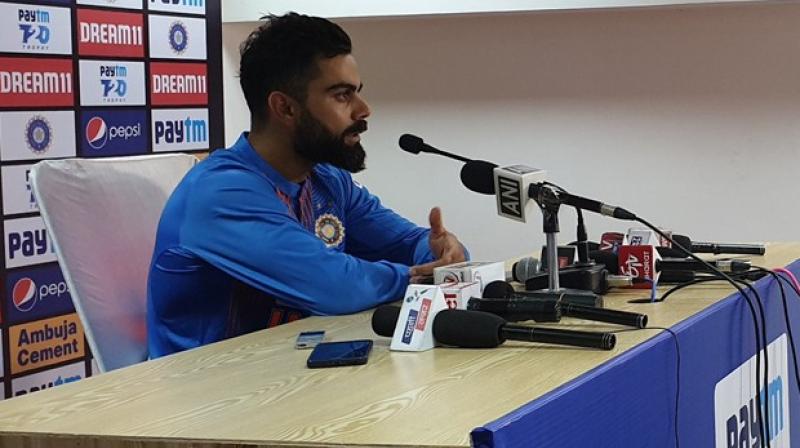 Since the West Indies tour, the selectors haven’t selected the pair of Kuldeep Yadav and Yuzvendra Chahal. (Photo: Twitter)

Mumbai: So far, the selectors have kept the cricket fans on their toes by including surprising names in India’s squad for the upcoming home series against South Africa. Since the West Indies tour, the selectors haven’t selected the pair of Kuldeep Yadav and Yuzvendra Chahal.

The selector’s decision are quite baffling, considering the fact that 2020 T20 World Cup is just one year after. The spin duo will most probably lead the attack. However, the selectors are busy trying out new faces like Washington Sundar, Rahul Chahar, Deepak Chahar and Krunal Pandya.

The selectors have retained the same squad that went for the tour of West Indies. Indian Skipper Virat Kohli ahead of the first T20 has now disclosed the reason behind excluding Kulcha (Kuldeep and Chahal).

The 30year-old stated that the duo’s inefficiency with the bat forced the team management to try out new options. Kohli further said that the team wanted to give chance to those who have performed well in domestic circuit and IPL.

During the press conference, Kohli stated “That was one of the reasons also to give opportunities to the guys who have done well in the domestic format and the T20 format and in the IPL also. So I think it’s about finding the best balance that we can as a side and not necessarily stick to one kind of combination. If all teams across the world are batting till No. 9, 10, why can’t we.”

Kohli also defended the team management’s initiative. The skipper made everyone remember the behaviour given to the team after it selected Chahal and Kuldeep instead of Ravichandran Ashwin and Ravindra Jadeja.

Ahead of the firs T20I versus South Africa, the Royal Challengers captain also said, “So, you need to take those calls at one stage. Bringing those guys (Chahal and Kuldeep) at one stage was also not taken well by people. Look, whatever decisions are made, are to make sure that the team has the best and strongest balance that we can have approaching the T20 World Cup that we have next year.”