Australia was folded for 225 in their first innings of the last Test match with Smith again was the lone survivor, scoring valuable an 80. 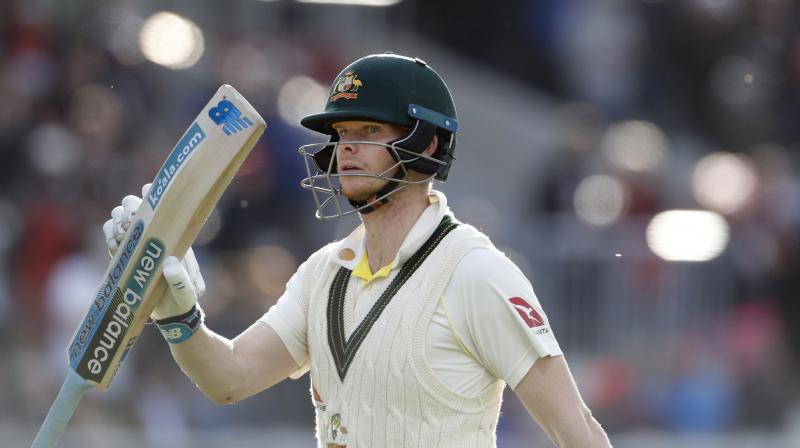 The remark comes after Smith's remarkable run with the bat in the ongoing Ashes series. The right-handed batsman has amassed 751 runs in the Ashes so far, which also accounts for 41 per cent of Australia's runs scored by the top six batsmen.

Australia was folded for 225 in their first innings of the last Test match with Smith again proving out to be the lone survivor, scoring valuable 80 runs against the potent English bowling line up.

"I still think Australia would be in front," Ponting said.

England has a lead of 78 run with all ten wickets in hand, and Ponting has agreed that it is likely to be an uphill task for Australia on Day 3.

"It's a really dry pitch, which we were all worried about when Australia decided to bowl first; just how dry and difficult (to bat on) it might become late in the game," he added

On Day 2 of the fifth Test, England was bundled out for 294 in their first innings. Overnight batters Jos Buttler and Jack Leach were able to add only 23 runs more to the score.