The son of a bus conductor scalps five wickets in the final to help India retain U-19 Asia Cup. 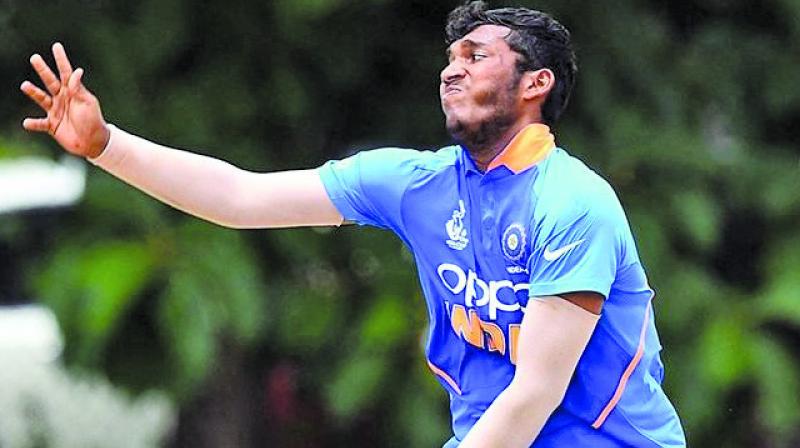 Ankolekar took five wickets at the expense of just 28 runs to help India defend a low total in the high-pressure game.

Earlier, India were bowled out for paltry 106 runs in 32.4 overs but in response Bangladesh were reduced to 16/4 with strike bowler Akash Singh bagging three wickets upfront.

From here, Ankolekar took over, bowling eight overs with two maidens and scalped five wickets to bundle out Bangladesh for 101 in 33 overs. India eventually won by five runs.

Ankolekar ended the tournament with 12 wickets at an impressive average of 8.08 and economy rate of 3.03.

Earlier, Ankolekar was run-out in the 20th over for two as Indian batsmen failed to put up a challenging score. Skipper Dhruv Jurel (33) and lower-order batsman Karan Lal (37) came up with useful contributions to help India cross the 100-run mark.

Son of a bus conductor, Ankolekar’s mother Vaidehi had got many congratulatory messages from Best staffers after her son was selected for Indian Under-19 cricket team for the Youth Asia Cup in Sri Lanka. Atharva was just nine years old in 2010 when he lost his father, who was a Best conductor but later her mother Vaidehi got her husband’s job at Marol Bus Depot which helped her to raise her talented son.

The 18-year-old Atharva is currently in the second year of junior college (Commerce) at the Rizvi College of Arts, Science and Commerce.