Biggest challenge for Rohit Sharma will be mental adjustment

Rohit Sharma, who’s usually batted in the middle order in his struggling career yet in this format, will have to open the innings. 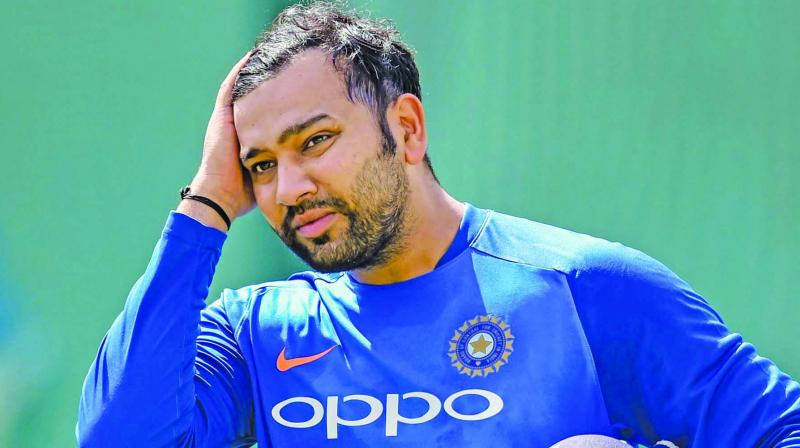 Rohit Sharma has been thrown a lifeline by the selectors to resurrect his doddering Test career. But this comes with strings attached.

Sharma, who’s usually batted in the middle order in his struggling career yet in this format, will have to open the innings. And while chief selector MSK Prasad has promised a ‘decent run’, there is no guarantee of number of matches he’ll get, so he has to come good as soon as possible.

Sharma was in red-hot form in the World Cup in which he scored five centuries and it seemed a travesty that he couldn’t make the cut for the Test matches against the West Indies that followed. Ajinkya Rahane and Hanuma Vihari occupied the nos 5 and 6 positions in the batting order, and unless they bombed, Sharma couldn't get in.

As it happened, Rahane and Vihari scored runs aplenty. But KL Rahul was disappointingly tepid, failing to convert starts in both matches, which opened the door for Rahane, albeit as an opener.

This does create some hardship, in terms of technique and temperament. Opening in Test matches requires a skill set different from that for middle and lower order batsmen (though this is in a state of flux since T20 arrived), and how Sharma will cope is moot.

Having opened for a fair number of years in limited overs cricket — ODIs and T20s — he is obviously attuned to facing the hard ball. There will be testing technical adjustments to be made no doubt. The glossy red ball’s movement in the air and off the pitch can be very different from the white ball. The tactics of bowlers and field placements will also vary a lot.

The biggest challenge for Sharma, however, will be temperamental adjustment. The mindset for Test cricket does not find easy parallels in ODIs and none at all in T20. This is something that Sharma, who has been majestic in limited overs cricket, will undoubtedly be acutely aware of given his stop-start Test career as yet.

For a batsman of such abundant natural ability — which has translated into a stupendous record in limited overs cricket — Sharma’s Test career has been disappointing. Despite scoring two centuries in his first two Tests, big scores and consistency which describe great batsmen has been missing, leading to an intermittent career.

Since there is virtually nothing he lacks in terms of technical finesse, sense of timing and repertoire of strokes, Sharma’s modest Test record can only be attributed to a lack of what in clichéd cricket jargon is called “lack of Test match temperament”.

Cricket abounds with examples of gifted batsmen not living up to potential in Test cricket. For instance Yuvraj Singh, who left behind a magnificent legacy in limited overs cricket, failed to do justice to his talent in the five-day game.

Sharma, who looked headed on the same path, must consider himself lucky that events have conspired in a way that has made his comeback possible despite the intense competition for places. At 32, this is a godsend.

Of course, the selectors are not doing him any favour. India have struggled to find a stable pair of openers for a while now. At one point it seemed that in M. Vijay and Shikhar Dhawan, the search had ended. Today, neither features in the Test squad. Nor does L Rahul, touted the most exciting young opener not too long back.

With the World Test Championship having commenced, India need heft at the top of the order to stake a claim for the title at the end of the two-year cycle. Sharma’s class and vast experience could be invaluable if he can settle into the opener’s slot early. The onus is on him to make it count.