Blow for India as Shikhar Dhawan ruled out

As Dhawan has been ruled out, India are likely to ask Ajinkya Rahane to open the innings along with Rohit Sharma. 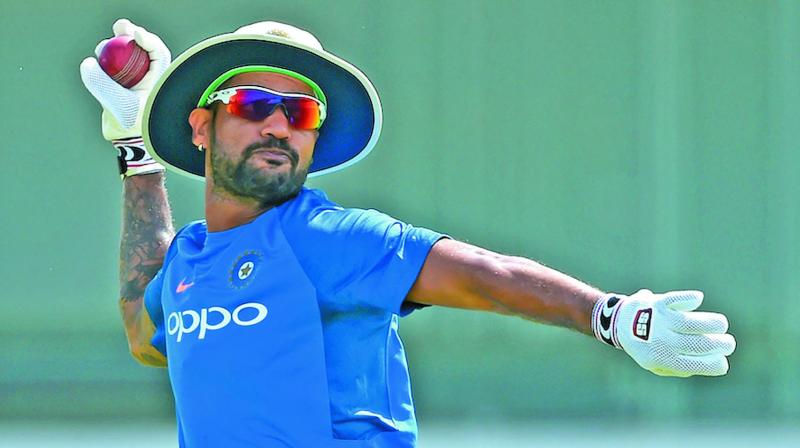 Chennai: In-form India opener Shikhar Dhawan has been ruled out of the first three one-day internationals against Australia owing to family reasons. The BCCI announced on Thursday that Dhawan has been granted permission to take care of his Melbourne-based wife, who is unwell. Selectors have decided against naming a replacement for Dhawan in their 15-man man squad.

As Dhawan has been ruled out, India are likely to ask Ajinkya Rahane to open the innings along with Rohit Sharma.

Dhawan, 31, was also forced to miss the fifth ODI of India’s recent series against Sri Lanka to return to India to be with his mother, who has since recovered after a period of ill health.

The absence of Dhawan for the start of the series is a huge blow to the home side; the left-hander scored two centuries in the three-Test series in Sri Lanka and opened the ODI campaign with an unbeaten 132 in Dambulla. He was also the leading run-scorer in the ICC Champions Trophy in June, posting scores of 68, 125, 78, 46 and 21.