Sports   Cricket  15 Aug 2019  ‘Just need to get it all together for longer periods’, says Jason Holder
Sports, Cricket

‘Just need to get it all together for longer periods’, says Jason Holder 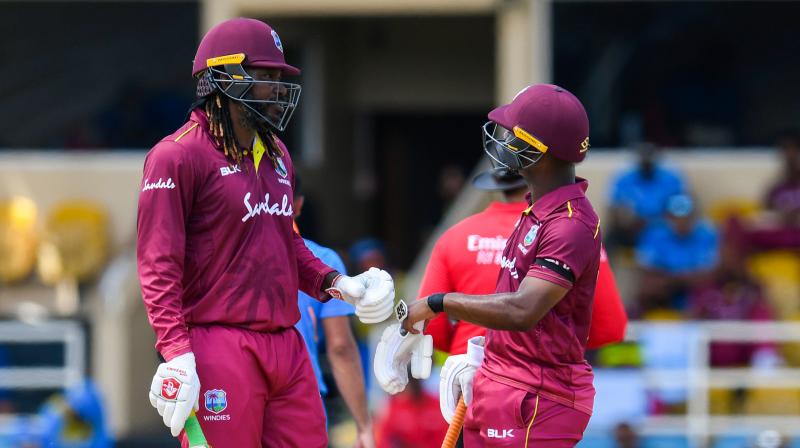 West Indies had won the toss and opted to bat first. The openers Evin Lewis and Chris Gayle had provided a solid base for the team as they put up a 115-run stand. (Photo:AFP)

Port of Spain: After suffering a six-wicket loss against India in the final ODI of three-match series against India, West Indies skipper Jason Holder said the team needs to get it all together for longer periods of the game to come up with positive results.

"You can say that for the entire series. We have played decent cricket in patches. It's just a matter for us to get it all together and we have let ourselves down in this regard," Holder told reporters after the third ODI.

"Chris played well today. Evin Lewis showed good form too. Bowlers also bowled well in the series. It's just a matter for us to seize the important moments in the match," he added.

Indian skipper Virat Kohli played a match-winning knock of 114 runs to ensure India's victory. Windies had the chance to dismiss the skipper, but they were unable to capitalise. Holder said that Kohli eventually made the side from Caribbean pay.

"We had a chance to dismiss him, but we did not hold on to the opportunity. He made us pay for it, credit to him, he batted really well and he won the game for India in the end," Holder said.

Earlier in the match, West Indies had won the toss and opted to bat first. The openers Evin Lewis and Chris Gayle had provided a solid base for the team as they put up a 115-run stand.

Gayle after playing a knock of 72 runs was sent back to the pavilion by pacer Khaleel Ahmed. Upon his dismissal, the left-hander had received a standing ovation from the Trinidad crowd.

Every Indian player also congratulated Gayle, which led to speculations that the left-handed batsman might just have played his last match for the team from the Caribbean.

When asked about Gayle's retirement, Holder replied: "To my knowledge, he has not retired as yet. Today was just an example of his career, he got us off to a good start, he was entertaining. It was exactly what people expect out of Gayle".

However, the left-handed Gayle himself gave an explanation saying "I have not announced any retirement. I am with Windies cricket untill further notice".

West Indies and India would next lock horns in the two-match Test series, beginning August 22.

The series is going to be a part of World Test Championship and Holder said every moment in the tournament will be crucial.

"We have got a few days now. This is a fresh group, different faces will be coming into the Test squad. the guys would be raring to face India and with World Test championship, it makes it more interesting," Holder said.

"We are all looking forward to it, we started well this year as we were able to defeat England in the Test match series at home. Each and every moment will be crucial in the World Test Championship," he added.