However, if it weren’t for Ravindra Jadeja and Mahendra Singh Dhoni, India would have lost the match by a huge margin. 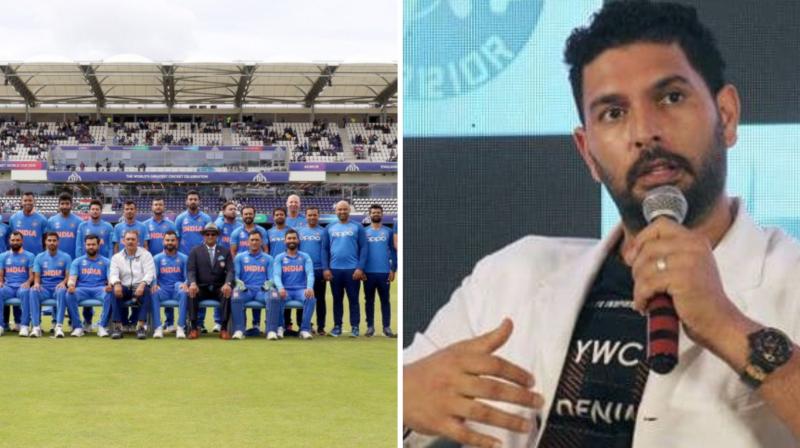 Mumbai: Former Indian all-rounder Yuvraj Singh lashes out at the Indian cricket team management for neglecting the middle-order debacle after India suffered a sudden exit from the 2019 World Cup.

During the semi-final match versus New Zealand, India’s top-order batting suffered a major collapse, while the middle-order failed to live up to its expectation as India lost the match by 18-runs.

However, if it weren’t for Ravindra Jadeja and Mahendra Singh Dhoni, who stitched a 116-runs stand, India would have lost the match by a huge margin.

Yuvraj also mentioned how Ambati Rayudu was treated badly. Ambati Rayudu who decided to retire after the selectors neglected him and selected un-capped player Mayank Agarwal.

Speaking on the same lines, the 2011 World Cup hero said that the management should have selected him and then should have backed the player, despite a few poor performances in some matches.

In an interview with the TOI, Yuvjraj stated the following, “The team management should have groomed someone.” “If someone was failing at No. 4, the team management should have told that player that he was going to play the World Cup. Like in the 2003 World Cup, we were playing New Zealand before the tournament, everybody was failing. But the same team played in the World Cup.

“It was disappointing to watch what they did with Rayudu. He was in the contention for the World Cup. He got runs in New Zealand but after three or four bad innings, he got dropped.

“And then Rishabh (Pant) came in and he got dropped. If No. 4 is a crucial position in ODI cricket, if you want someone to do well in that position, you will have to back him. You can’t drop someone if he is unable to do well all the time.”

India’s middle-order crumbled under pressure as Matt Henry and Trent Boult ran through the top-order during the semis, there was no intent from the batsmen until Dhoni was came in and joined Jadeja to put up a 116-runs stand which brought India close enough to New Zealand’s first innings total (239).