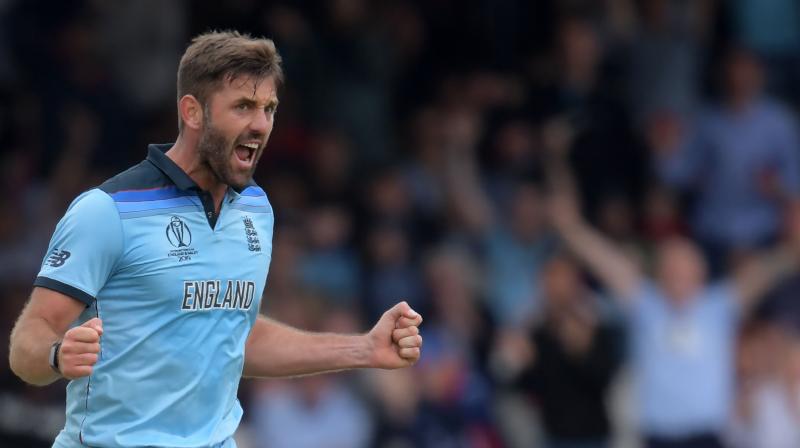 Liam Plunkett scalped three wickets in the final against New Zealand to achieve this feat. (Photo:AFP)

Pringle had also taken 3 wickets in the 1992 World cup final against Pakistan. Plunkett is 34 years, 99 days old whereas Pringle was 33 years old when he achieved the feat.

With a bowling spell of 3-42, Plunkett has now moved to the third position in the list of best figures recorded by an English bowler in a World Cup final. Pringle is at the top spot with 3-22 against Pakistan in 1992 final whereas Chris Woakes is on the second position as he recorded figures of 3-37 against New Zealand on Sunday.

New Zealand won the toss and chose to bat first in the match against England at Lord's.

Henry Nicholls was the top scorer for the Kiwi having played a knock of 55 runs. New Zealand scored 241/8 in the allotted fifty overs.