The wickets for India-Australia and England-Bangladesh matches were very much different than what were provided to the Sri Lanka matches. 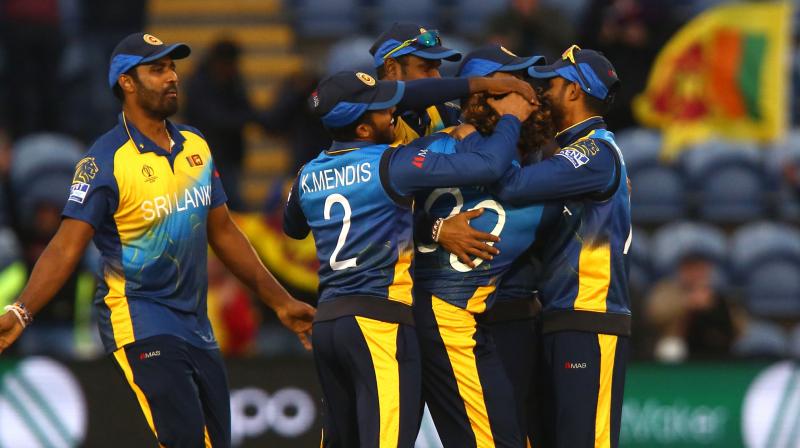 Adequate number of net bowlers are not provided with a result the Sri Lankan team had to cancel the practice. (Photo: AFP)

Mumbai: Sri Lankan team management has officially raised concern to the ICC World Cup organizers over the step-motherly treatment to their players, it is learnt here.

The first email detailing the various points were sent to the ICC on 9th June and the team was yet to receive the ICC reply. The rejoinder was to be sent on Friday.

According to the highly placed sources in Sri Lanka, the following concerns are highlighted by the team management in England.

Transport: Buses provided to all teams are not identical. The players from South Africa, Bangladesh and Pakistan can comfortably occupy their seats whereas Sri Lankan players are cramped. The Indian team has also extra players like Sri Lanka but Kohli's team has a bigger bus.

Memorabilia missing: All players have not received memorabilia items given by the ICC.

Handbooks: ICC handbooks should have been delivered before the tournament. Sri Lankan team has not received an adequate number of handbooks.

Practice nets and bowlers: The team should have at least three nets for the practice. Sri Lankan team had two at certain venues and the coach had an argument with the groundsman on this issue.

Adequate number of net bowlers are not provided with a result the team had to cancel the practice.

Hotel accommodation: There was no swimming pool at the hotel in Bristol with a result the team had to go to another hotel for being refreshed.

Wickets: The team management has highlighted the wicket issue at length. Sri Lankan team has been provided the green tops whereas the other teams are given brown wickets.

The team management has brought it to the organizers the wickets provided to their team against Afghanistan and Bangladesh.

The wickets for India-Australia and England-Bangladesh matches were very much different than what were provided to the Sri Lanka matches.

It should be green top to all teams or brown wickets to all.

Security: The new point set to be raised by the team management is that the team has been provided only one security man.

All these points are likely to have been discussed with the Hon. sports minister (Harin Fernando) and SLC president (Shammi Silva), who were present at one of the venues.