Kapil, who was in the city to unveil the world’s largest bat, said India are a far superior side. 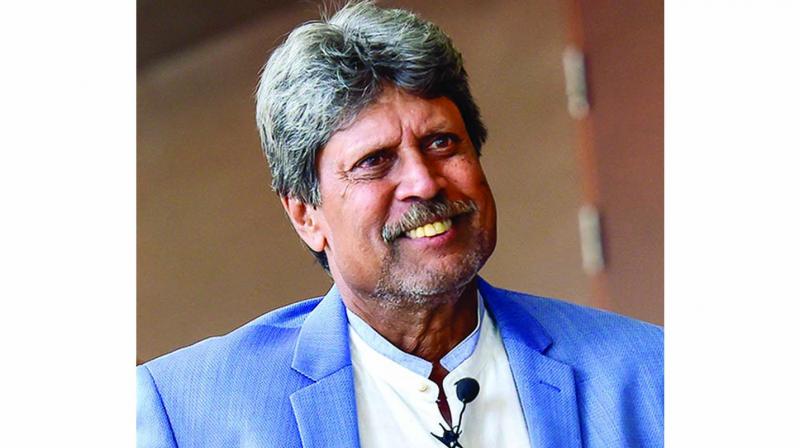 Chennai: India’s first World Cup-winning captain Kapil Dev is confident that Virat Kohli & Co. would enhance the country’s unbeaten Cup record against Pakistan when the arch-rivals meet in the Sunday blockbuster. Kapil, who was in the city to unveil the world’s largest bat, said India are a far superior side. “I would like to keep my fingers crossed. I think, India will win seven times out of 10 against the current Pakistan team. During my days, they were better than us. What happens on Sunday, only god knows! I hope India play to best of their potential,” he said.

On Virat Kohli’s captaincy: He is too good! I don’t think I can compare myself with him. We should be proud of him. Kohli should keep on playing the way he has been. I have no doubt he will win the cup. All I hope is that Team India don’t suffer any more injuries.

On India’s fast bowling: When you don’t have something and then you develop it into your most potent weapon, you feel proud about  that. That’s what happened with our bowling unit. India are on top because we are not just depend on batsmen. We have come a long way in the last few years. It’s great to see an Indian fast bowler as number one in  the world. When I first saw Bumrah, I never thought he would have so much ability. He proved me wrong. He is really fantastic. With such a short run-up and with an awkward action, it’s not easy to produce that much pace. I just want him to be fit for the next five years.

On role of all-rounders: I think Hardik Pandya is an important player. But India are not depend on just one man. Be it Kohli or Dhoni. I would like to see all the members of the squad playing a part. When the time comes, an individual can step up.

On Dhoni’s army insignia controversy: I respect Dhoni. He showed the passion and love for the country and the army men.

There’s nothing wrong in that. He may not have realised that it will be such a big thing. However, you have to obey the rules and regulations of the ICC. He removed it, eventually.

On his famous catch in 1983 to dismiss Viv Richards: It was an important catch, but not my best though. In fact, the next catch of Clive Llyod was more important. From there, we started believing we can win.