ICC CWC'19: Twitter floods with memes ahead of IND-PAK clash 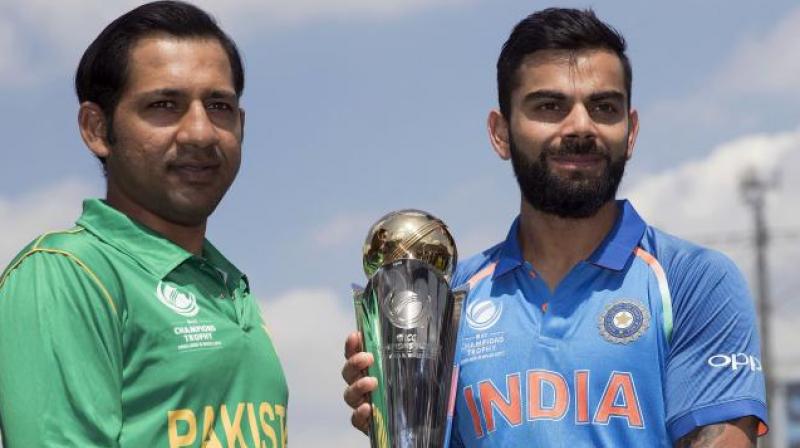 India will take on Pakistan on June 16 at Old Trafford. (Photo: AP)

New Delhi: As the much-anticipated India-Pakistan World Cup clash is inching closer, the social media war between cricket enthusiasts on either side of the border has amplified.

Countering this, an Indian fan uploaded an advertisement to keep the banter going ahead of the much-anticipated clash.

In the ad, a Pakistani cricket fan wearing the team's jersey is sitting along with an Indian fan in a salon. The former gifts a handkerchief to the latter and when asked about the use of the hanky, the Pakistani supporter quips it will be helpful to wipe tears after India loses to Pakistan.

A barber comes into the frame and begins shaping the Pakistani fan's beard similar to that of Abhinandan's. The Indian fan is then heard saying referring to the "hero's style" and hands back the handkerchief.

The ad ends with the Indian supporter saying cricket is a very interesting game and it only takes one day for a father to teach his son that you don't deserve World Cup, you only deserve Abhinandan's teacup.

The ads posted by Pakistan went on to trigger a flurry of memes on Twitter, with cricket enthusiasts at their creative best.

A Twitter user posted a collage of two pictures. On the right was the ICC Men's Cricket World Cup trophy, and on the left, a white teacup as shown in Pakistan's spoof video.

"Pic 1 - What India is going to have Pic 2 - What Pakistan wanna get #Abhinandan" the user wrote. 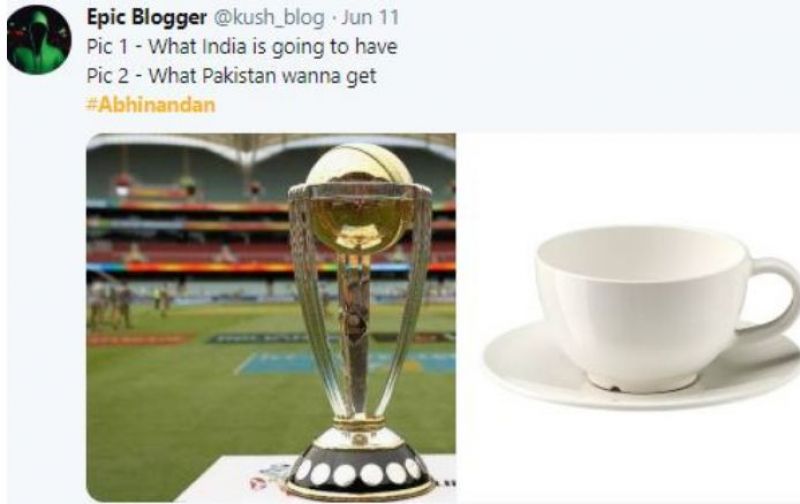 "Pakistan Admits the only Cup they can win is this 'Tea Cup' #Abhinandan #MoukaMouka" wrote another user along with the picture of a white teacup. 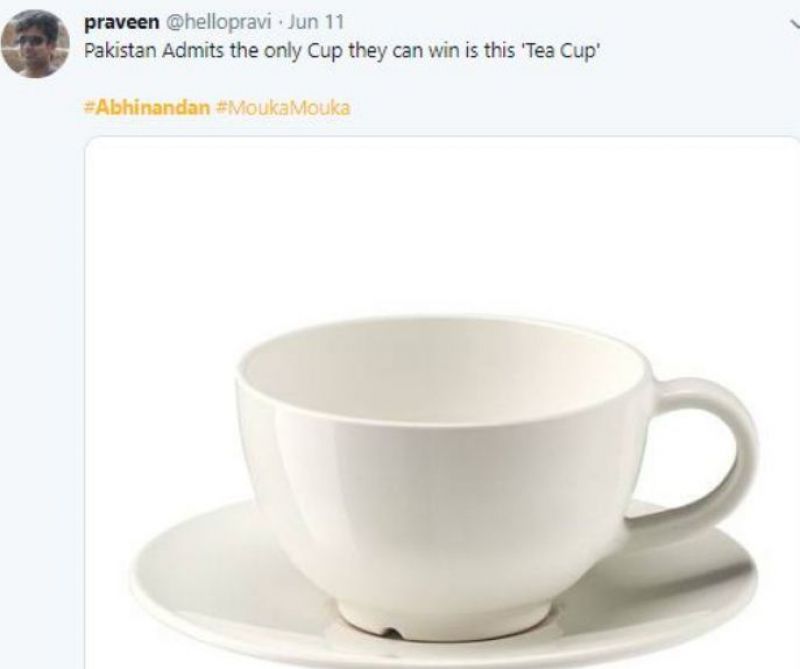 Another user quipped that while Pakistan is creating memes on Twitter, the team is secretly praying for rain to wipe out the match.

India will take on Pakistan on June 16 at Old Trafford.