Tendulkar also revealed that the hype began to soar just after the fixtures were announced a year ago. 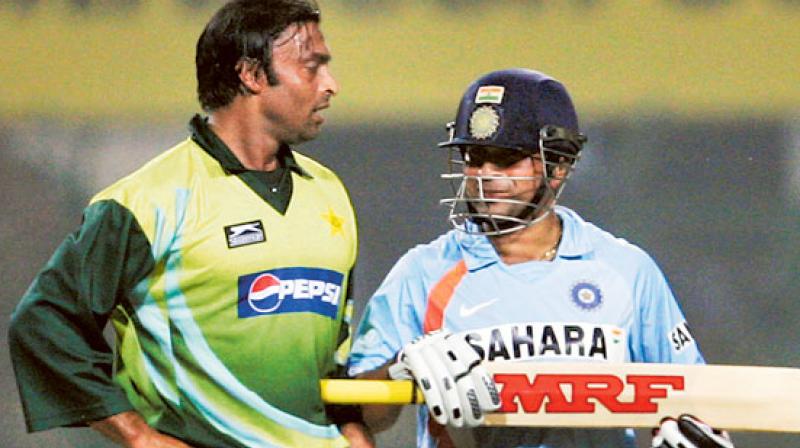 The 46-year-old is now engaged in doing commentary in this edition of the World Cup.

Mumbai: Sachin Tendulkar-- a name which is closely associated with the history of India-Pakistan clashes in World Cup. In his vast career, Sachin has played five encounters against Pakistan. His 98 in 75 balls in Centurion in the 2003 edition remains one of the best in the World Cup history.

The 46-year-old is now engaged in doing commentary in this edition of the World Cup. He recalls the memories of the game from World Cup 2003, where India emerged victorious against Pakistan.

The encounter between Tendulkar and Shoaib Akhtar still remains one of the most exciting visuals in World Cup history. Tendulkar thrashed Akhtar for 18 runs in his first over, pushing Pakistan to the backfoot. India successfully chased the target of 274 runs, overcoming Pakistan's vicious bowling attack.

Tendulkar also revealed that the hype began to soar just after the fixtures were announced a year ago. He even said that the team members could not sleep properly the night before.

“I can tell you for sure in 2003 when the dates were announced, people made their calculations and this conversation started on March 1, 2002. The guys were so excited about one particular game. The pressure builds without any doubt. The night before the game, we were tossing and turning in bed thinking how we are going to play,” Tendulkar was quoted as saying by India Today.

“And on the morning of the match, you are focussed on your journey and see so many fans landed with high expectations. Standing in the middle of the stadium with the national anthem playing is the greatest feeling in the world.”

Tendulkar, who amassed over 18000 runs in his career, said that absorbing the pressure is a vital element in such intense encounters.