Harbhajan knows from bitter experience just how stressful it is to take part in one of the most fierce rivalries in world sport. 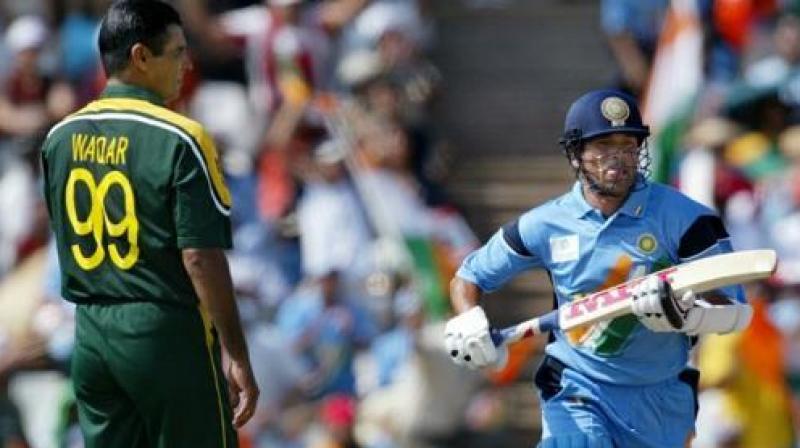 The tense political situation between India and Pakistan lends an extra level of animosity whenever the feuding neighbours clash on the cricket pitch. (Photo: AFP)

London: Harbhajan Singh has warned India's stars to expect a sleepless night ahead of their World Cup showdown with arch-rivals Pakistan on Sunday.

India legend Harbhajan knows from bitter experience just how stressful it is to take part in one of the most fierce rivalries in world sport.

The tense political situation between India and Pakistan lends an extra level of animosity whenever the feuding neighbours clash on the cricket pitch.

Their latest meeting comes with the stakes even higher than usual in the World Cup at Old Trafford this weekend and Harbhajan is well aware just how high emotions will be running on the pitch and in the stands.

The 38-year-old spinner played 17 times against Pakistan in a 236-match ODI career for India, including arguably their biggest ever match in the 2011 World Cup semi-finals on home soil in Chandigarh.

It was such a critical fixture that Harbhajan lay awake for hours tossing and turning in bed the night before the game as he visualised the furious response from the Indian public if they lost.

"The memories of that game was I couldn't sleep the night before, even though I tried my best," Harbhajan said.

"I was just worried about what would happen if we lost the game. There were a lot of thoughts coming into my mind. People get angry and they can do anything. In the 2003 World Cup, we didn't play one game as well as we should have against Australia and people got really angry."

"They were just burning our stuff and throwing stones at our homes. They get a bit emotional."

Despite his sleep-deprived preparation, Harbhajan took two wickets as India beat Pakistan by 29 runs, with his side going on to win the World Cup for the second time.

Even with a disastrous defeat averted, the adrenaline of victory kept Harbhajan from sleeping the night after the match as well.

"When we won the game I couldn't sleep the next day either because I was too excited and too happy. That's what the Pakistan game does to you," he said.

"Obviously it's one of those games when the pressure is a little more than when you play against England or New Zealand.

"People in both countries want their respective teams to win and if you end up losing the game the people really get up upset and they go on to lose their minds, which is obviously quite bad."

Although they were crushed by Pakistan in the 2017 Champions Trophy final, India have never lost to them at a World Cup, winning at the last two tournaments, and are favourites to extend that run when the rivalry resumes in Manchester.

However, Harbhajan acknowledges India's status brings its own burdens, raising expectations among their passionate fanbase of another win over the old enemy.

"As a player, you always want to play well against Pakistan, so there is more pressure. It's not just for Indian players but for Pakistani players as well," he said.

"But there is more pressure on the Indian players because we have a very good record in these games and we don't want to change that."