The former West Indies captain announced that he would be retiring from ODI matches after the ongoing tournament. 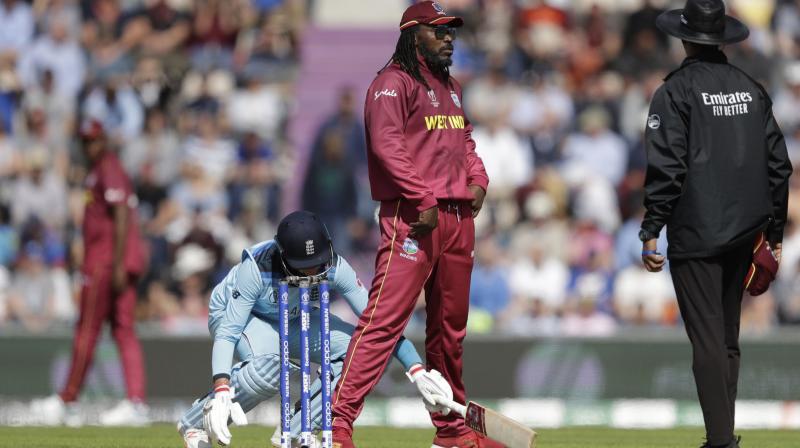 Chris Gayle was spotted enjoying the match to the fullest, adding in a couple of dance moves and bowling with aviators on. (Photo: AP)

Mumbai: England beat West Indies in the 19th ODI of the 2019 ICC Cricket World Cup to move up to second place on the points table, with six points off 4 matches. Having played the same number of matches, West Indies stand on 6th place with just three points.

However, West Indies all-rounder Chris Gayle seemed to not be bothered by the West Indies statistics. Rather the player was spotted enjoying the match to the fullest, adding in a couple of dance moves and hilarious gestures to entertain fellow players and also the audience.

Untitled from Utkarsh Bhatla on Vimeo.

The former West Indies captain, who has numerous records to his name across all three formats of  the sport and is considered one of the greatest batsmen of T20 cricket announced that he would be retiring from ODI matches after the ongoing tournament.