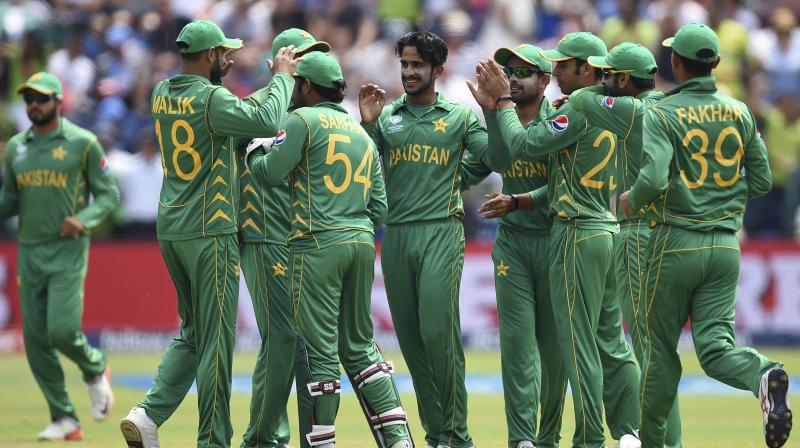 Cardiff: Pakistan captain Sarfraz Ahmed was understandably proud of his inexperienced team following their unexpected and emphatic eight-wicket victory over hosts England in the Champions Trophy semi-finals on Wednesday.

Pakistan, the lowest-ranked side in the tournament, lost heavily to India in their opening match but victories over South Africa and Sri Lanka sent them into the last four.

"After the first loss we were very down, but credit goes to the team management," Sarfraz told a news conference. "They boosted us up really well. I'm very happy about how my youngsters are performing."

Pakistan, without their leading fast bowler Mohammad Amir due to injury, bowled England out for 211 with 23-year-old seamer Hasan Ali taking three wickets to earn the man-of-the-match award.

"Credit goes to the bowlers," Sarfraz said. "They bowled really well, especially in the middle part. Hasan is improving day by day."

Sarfraz is confident about Pakistan's chances in their first Champions Trophy final on Sunday when they will face local rivals India or Bangladesh.

"I said after the loss to India if we play good cricket, definitely we will win this tournament. Now we are in the final," he said.

Sarfraz is hoping Amir will be fit for the showcase game at The Oval.

"I think he (Amir) has a little bit of back spasm," Sarfraz said. "Hopefully, he will recover for the final. He's our best strike bowler."