Both Steyn and Rabada's IPL campaigns were cut short by injuries, but the latter had picked 25 wickets by then for Delhi Capitals. 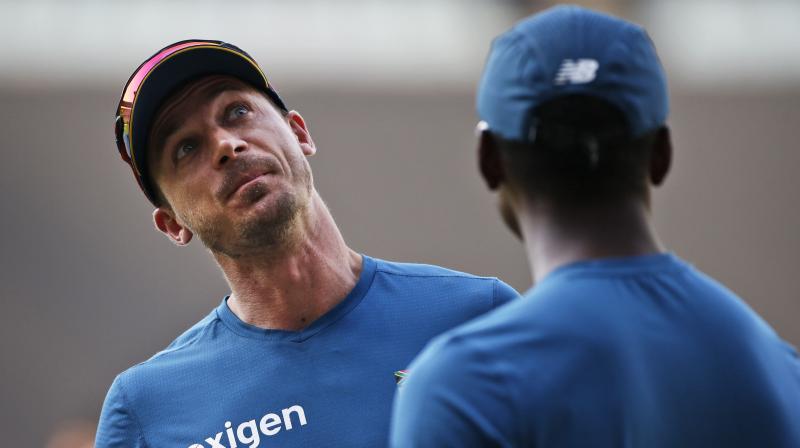 Cape Town: South Africa's premier pace duo of Dale Steyn and Kagiso Rabada could be fit to play in their high-voltage World Cup opener against hosts England, according to coach Ottis Gibson.

Perennial underachievers South Africa lock horns with tournament favourite England on May 30, and the Proteas are expecting their two best pacers to return to full fitness before the opening game.

Both Steyn and Rabada's IPL campaigns were cut short by injuries, but the latter had picked 25 wickets by then for Delhi Capitals.

"There's nothing that people should be alarmed about. They're going to both make full recoveries and be able to take their place at the World Cup."

The squad converged in the city and took a hike up Table Mountain, and the 50-year-old Gibson, a former West Indies pacer from Barbados, seemed buoyed by his two pacers' recovery and "excellent" mood in the camp.

"We've been away from each other, all over the world and so on," he said.

"To have everybody back is awesome. The fact that the guys who played in the IPL final also turned up in good health is also very nice.

"One thing I really enjoy about this group is, when we come together, we really come together. There was all sorts of 'bromance' and hugging and people connecting with each other going on last night.

"We waited for the IPL guys to get off the plane about 4 O'clock yesterday, and we had a nice little session. We went for a team meal last night and got together and started our conversations around how we're going to approach the World Cup journey."