Bumrah was awarded Man of the Match trophy in the IPL final against Chennai Super Kings. 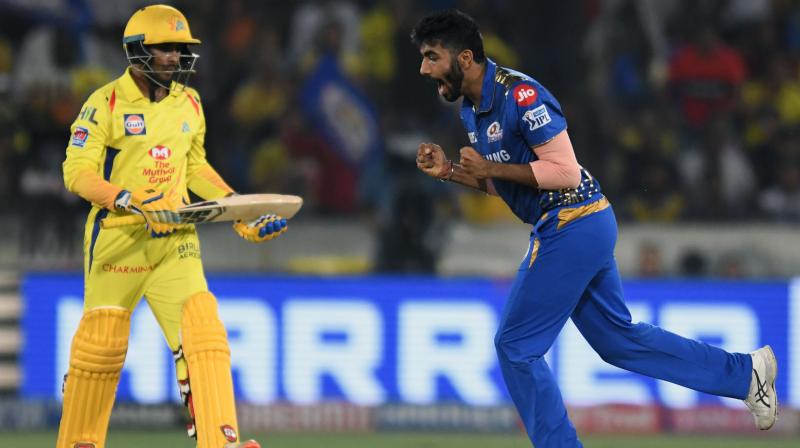 Mumbai Indians created history by clinching their fourth IPL trophy on Sunday. Jasprit Bumrah played a crucial role in the final by scalping two wickets while giving only 14 runs in his spell. Sachin Tendulkar, who was present at the venue lauded Bumrah’s bowling by addressing him as the world’s best bowler.

As per reports of Latestly, Tendulkar praised Bumrah by saying, “Let me go on record and say that he (Jasprit Bumrah) is the best bowler in the world at this stage and the best is yet to come hopefully.”

Bumrah was on cloud nine after hearing what Tendulkar had to say about him. The video was also shared by Mumbai Indians on Twitter. Bumrah tweeted his reaction on the video on replied, “I am Speechless thank you Sachin sir.”

'Bumrah, world's best' - Sachin and Yuvi@sachin_rt and @YUVSTRONG12 were unanimous in their opinion of @Jaspritbumrah93 , while weighing in on @mipaltan's 3rd #VIVOIPL final win over their arch-rivals. #MIvCSK By @28anand & @RajalArora

Bumrah was awarded Man of the Match trophy in the IPL finals. He managed to get 16 wickets in 16 matches of IPL 2019. “. "In the finals, we know that it can get close and winning the title with MI is a special feeling. Today, surprisingly, I was very calm, I wasn't panicking at all and very happy to contribute to the team's success," Bumrah added.