In four-day domestic cricket, Verreynne scored 551 runs at an average of 55.10 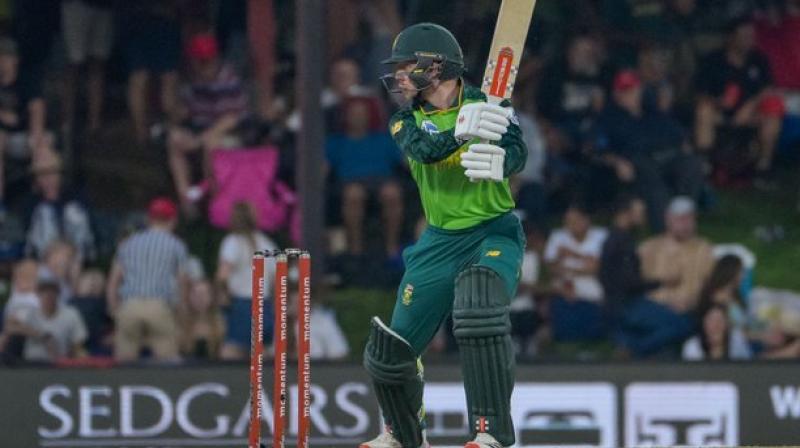 Johannesburg: South African wicketkeeper-batsman Kyle Verreynne said his ultimate goal is to represent Proteas in the longest format of the game.

The youngster has played three ODIs and amassed 101 runs including a fifty. He played in all games against Australia prior to Covid19 curtailing the campaign.

The 22-year-old had scores of 48, 3 and 50 as the hosts swept the series 3-0, before being named for the ODI series in India that ended prematurely due to the virus outbreak.

Verreynne also scored 551 runs at an average of 55.10 in the Four-Day Domestic Series.

"For me, red-ball cricket is really enjoyable and one of my ultimate goals is to play Test cricket, so to be able to put in a performance like that, scoring two centuries in one four-day game was something that I was really proud of," Verreynne said.

His fine first-class form also bumped up his career average to over 50 and Verreynne says his next target is naturally to play Test cricket for the Proteas.

"Obviously having played in the One-Day side now, I'd like to firstly work hard and keep my place there, but looking further ahead I definitely want to play Test cricket," he added.

In a three-match long international stint, Verreynne termed his debut against Australia as the highlight of his career.

"I think obviously my international debut in Paarl against Australia was so far the highlight my career. It's something that you dream of and you think about so much growing up and to finally get there means a lot to me and doing reasonably well, it was really special," the right-handed batsman said.