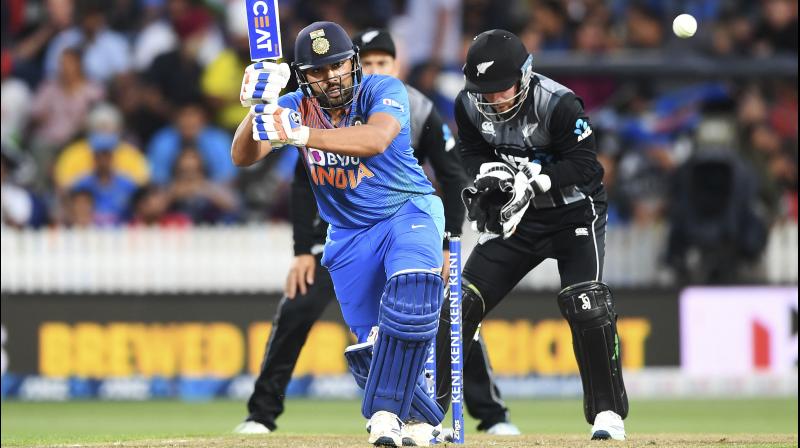 New Delhi: England batsman Jos Buttler was effusive in his praise for Rohit Sharma, describing the India opener as an awesome player, who can "effortlessly" take down any opposition by scoring big hundreds.

"Rohit Sharma I think is an awesome player," Buttler said during an Instagram live session on Rajasthan Royals page.

"Effortless. Quite a lot of Indian players have that awesome style.

"He has been fantastic for a long time and I just like the way he bats and the effortless nature in which he takes people down."

Rohit is currently regarded as one of the greatest ODI players, ranked only behind India skipper Virat Kohli at the top of the ICC rankings. The Mumbaikar is the only batsman to have scored three double hundreds in the format.

The 32-year-old had equalled Sachin Tendulkar's record for most centuries in World Cup matches when he scored five hundreds at the 2019 World Cup to end up as the highest-scorer with 648 runs.

"One of the things I have seen with Rohit is that if he gets in, he scores big runs and really affects the game. He must have scored 4-5 hundreds in the World Cup last year," said Buttler, who had shared the dressing room with Rohit at Mumbai Indians in the 2016 and 2017 seasons.

"I think a few years ago people used to attack Indian players with the short ball but Rohit smashes them. Then you go fuller and he smashes them right down the ground."