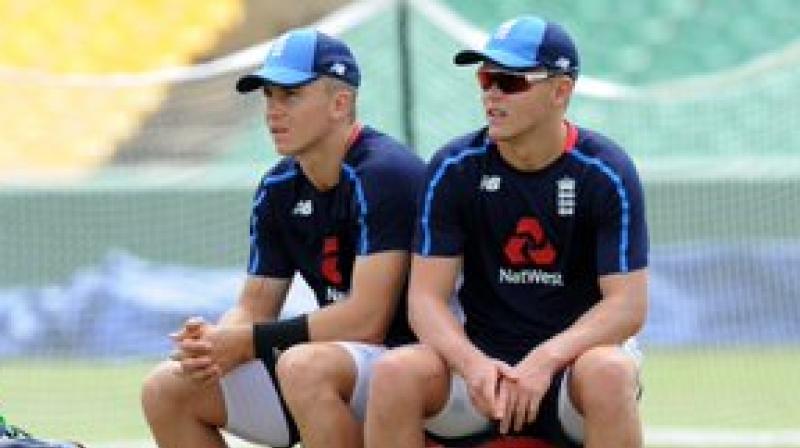 London: For England quick Tom Curran and his all-rounder brother Sam, the dream is to play Test cricket together having experienced it in limited-overs cricket.

Tom played both his Test matches during the 2017-18 Ashes tour but is more regular in one-dayers and was also part of last year’s World Cup winning squad.

Sam has played 17 Tests since his debut against Pakistan in June 2018.

“I’ve only played a couple of test matches, but I’ve definitely got huge Test ambitions still,” Tom said in a video chat jointly with his brother.

“Now it’s about getting that balance between the two, developing my skills and waiting for my chance.

“It would be amazing to play a Test with Sam. That’s definitely a huge ambition of ours.”

They have played three one-day internationals and four Twenty20s together.

Adam and Ben Hollioake were the last brothers to play in the same England Test side in 1997.

“At the minute, I’m playing in the Tests and he’s playing in the one-dayers but the dream is to be all three formats of the game for England together,” Sam said.

“We have played a couple of games in the one-day format together. To play for England in general is obviously a great privilege, but playing with your brother makes it an extra special feeling.”

Both of them were expecting to play in the Indian Premier League (IPL) this month but the Twenty20 competition is set to be postponed indefinitely after India extended a lockdown until at least May 3.

“There has been some talk about the IPL in terms of scheduling later in the year, but no-one knows,” said Sam.

“Hopefully I will play against Tom, hit him everywhere and then hit his stumps.”