Pacemen James Pattinson and Nathan Coulter-Nile and spinner Adam Zampa, who were all kept out last year, have won their contracts back. 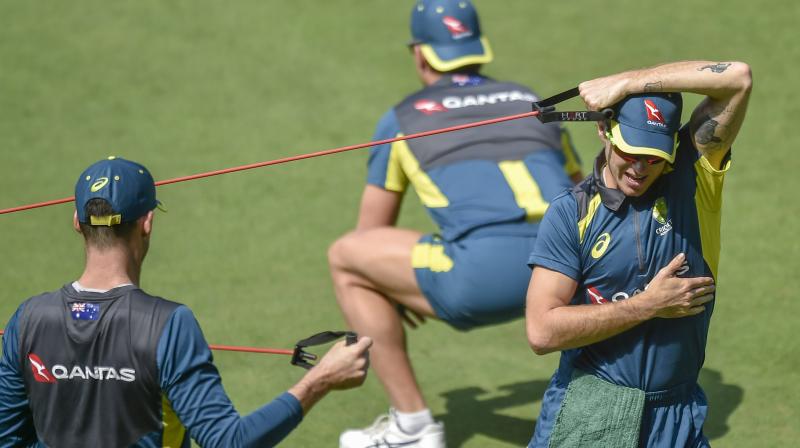 Australia will open its World Cup title defence against Afghanistan at the Bristol County Ground on June 1.

Melbourne: Returning after a year long ban, Steve Smith and David Warner are among 20 centrally-contracted players for Cricket Australia 2019-20, announced on Monday.

Pacemen James Pattinson and Nathan Coulter-Nile and spinner Adam Zampa, who were all kept out last year, have won their contracts back. Marcus Harris, who made his Test debut against India in December last year, has also been included.

Pattinson last played in February 2016, before recurring stress fracture that kept him on the sidelines. The 28-year-old underwent surgery and returned to guide his domestic side Victoria regain the Sheffield Shield title. He has made his case stronger to feature in the Ashes in England later this year.

Meanwhile, Mitchell Marsh, who was named Test vice-captain last year before falling out from all formats, has been left out of the contract. Ashton Agar, Matthew Renshaw, Kane Richardson and Billy Stanlake are also the unlucky ones to make the cut.

“We believe the 2019-20 contract list provides us with a versatile group of players who can represent Australia across all three formats over the contract period,” chairman of selectors Trevor Hohns said, while announcing Australia's squad for ICC Cricket World Cup 2019.

“Our key criteria focused on selecting a pool of players who are going to help us in our ambition to win the upcoming World Cup and Ashes Series in England, and who can also play the various formats over the course of the Australian summer.”

World Cup will take place in England and Wales from May 30 to July 14. Australia will open its World Cup title defence against Afghanistan at the Bristol County Ground on June 1.