U Mumba to begin season 6 with new squad

Anup Kumar not only led U Mumba to a title but also lifted the Kabaddi World Cup with India in 2016. 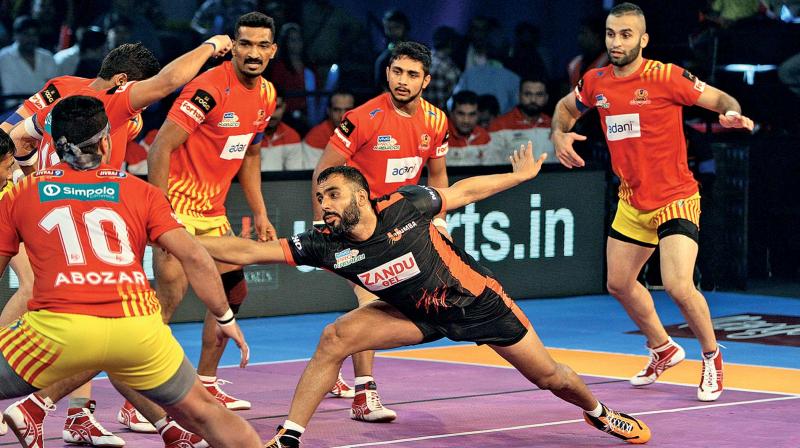 U Mumba is one of the few teams to not retain a single player from the last season. The team will start afresh in the player auctions and build a new team.

In the last season of the Pro Kabaddi League (PKL) when U Mumba arrived in the city, they were struggling in the bottom half of the points table. The situation of the then Anup Kumar-led side was recoverable and an army of fans came, stood and chanted by their side with the same hope. On the very first night at the National Sports Club of India (NSCI) when the city was going through a turbulent weather, U Mumba plundered against Jaipur Pink Panthers in a close game. A night after, neighbours Puneri Paltan came from behind to inflict more damage.

The results just got worse for Mumbai, as each season passed by. Coach E. Bhaskaran, who led the side to a title in season two, parted ways with the franchise after a long stint. Not only this, U Mumba is one of the few to not retain a single player from last season.

Supratik Sen who is the CEO of the team, believes that the franchise needs to be ‘revamped’ and a start from scratch is needed. He says that his side will now start afresh at the player auctions and build a new team. “Our performances were getting worse each season and we couldn’t afford another slump. We will reinvent ourselves and build a new team to try and change the things that are going wrong,” he said.

Bhaskaran could not find the right rhythm after the second season’s heroics, which forced the franchise to part ways with him. The franchise has already finalised the coach who will be revealed soon. “We looked for a few candidates and we have picked a team and we will announce the names soon,” said Sen.

Anup Kumar not only led U Mumba to a title but also lifted the Kabaddi World Cup with India in 2016. After five long seasons, the management decided not to retain him. Sen feels that this is another part of the plan but he could also make a return. “If we are talking about starting from scratch then we have to get a totally new squad. Anup has given us great memories and letting him go was not easy. If we have a chance, we will get him back but first, we will stick to our plan and form a different team this season. Our plan is to get a mix of youth and some experienced players. That was the thing with Anup. Even if he did not have a good day on the field, he led the side perfectly,” he said.

Now that the league will enter the sixth season, there will be an auction. A problem with the auction is that clubs cannot look forward to nurture a particular player. The PKL goes on for four long months, just as much as the Indian Super League (ISL) or I-league. The difference is that the latter have grassroots programmes to nurture young players and build a youthful team. “We have discussed the same with Mashal (sports). I feel that the problem is that there are auctions and you lose out on the players. There is not yet an academy system but we are working on it. In the coming seasons, we will surely have this. I am an advocate of having local players in the team,” said Sen.

The new season will start from October 19 as announced by Mashal Sports Pvt Ltd on their website and who knows what goes around for the Mumbai outfit in the auctions.