IPL 10: Daredevils look for an encore

Kings spearhead Ishant Sharma is expected to have a better game here as this is his home ground. 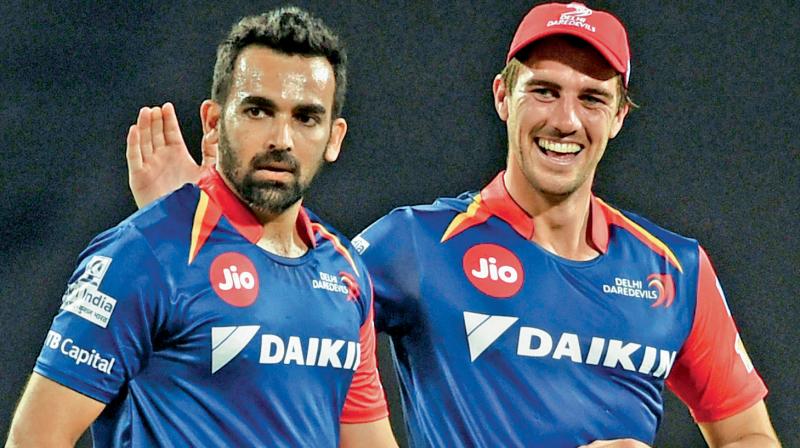 New Delhi: The opening match defeat well and truly buried by a towering win over Rising Pune Supergiant, Delhi Daredevils head into their first home game of IPL-10 in a relaxed frame of mind.

Up against Kings XI Punjab, who hit a wall against Kolkata Knight Riders on Thursday after wins over Pune and Royal Challengers Bangalore, Delhi will be further boosted by the arrival of Sri Lanka skipper Angelo Mathews at the Kotla here on Saturday.

Daredevils routed Pune by 97 runs, following Sanju Samson’s maiden IPL ton and Chris Morris’ nine-ball 38 with a disciplined bowling performance and will look to continue in like vein against the Punjab unit, who went down in Kolkata by a whopping eight wickets.

For Delhi, the major concern remains the opening pair of Aditya Tare and Sam Billings, who have not yet fired as a combination. There is talk that the Mumbai Ranji skipper will make way down the order. Samson and Rishab Pant in particular have stepped up to the plate under pressure.

With the ball, team veterans Zaheer Khan and Amit Mishra have led the way while the Punjab attack looked a little lost against Gautam Gambhir and Co, at the Eden Gardens on Thursday.

Kings spearhead Ishant Sharma is expected to have a better game here as this is his home ground, but the compact Kotla is known to throw up big scores and Punjab will have their task cut out for them.

They, though, have plenty of batting firepower in South Africans Hashim Amla and David Miller, skipper Glenn Maxwell and England limited overs captain Eoin Morgan, who is yet to get a game this season. The toss too is a factor with the wet ball in the second innings likely to unsettle the slower bowlers.