Keeping emotions in check might be tough in Ranchi

The third Test won’t be any different from the first two. 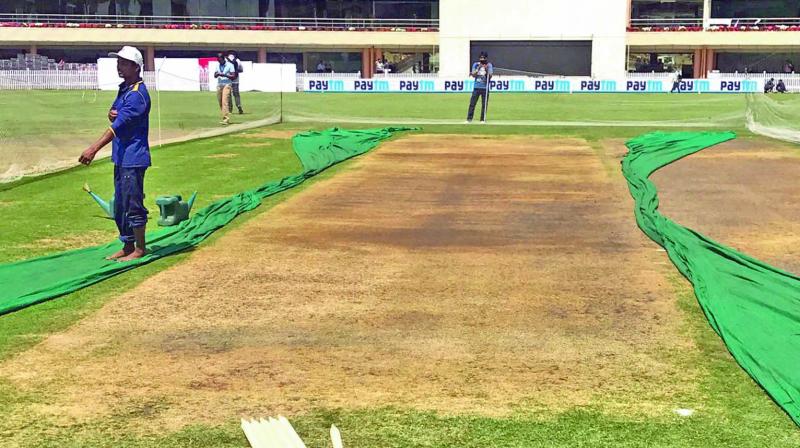 A cracker of a Test match is in the offing. The third Test won’t be any different from the first two. In fact, the pitch could be a repeat of Pune’s substandard surface on which competent Test batting can be commanded only by very few.

What this would mean, of course, is that emotions will tend to fly out of control. We may have had two emotionally draining Tests in another series in which the sparks have been flying freely.

Players sometimes tend to think about why not let the emotions go. But then once anger creeps in, it is not an easy emotion to control. As the mind coaches tend to say, only channelised anger can help a sportsman rather than rage although some like John McEnroe used an inner rage to raise their performance in an extremely competitive situation. But then cricket likes to think of itself as the metaphor for fair play in which players are supposed to keep their emotions in check before a global audience for the gentleman’s game.

The picture on Twitter of the pitch at Ranchi, set to make its debut as a Test match centre, was a dead giveaway although it must be said that it seems to have been taken just after the watering can had gone over it, which is why the damp spots tended to look blackish and devilish. It is true all have been somewhat obsessed by the quality of the playing surfaces in this series, much to the ire of Anil Kumble who is unable to fathom the reason why the focus is so much on this.

Cricketers are expected to play on any surface that is laid out by the curator. But then Team India should not crib if the surfaces in South Africa are watered so heavily that the damp stays underneath and allows the ball to seam around. Nor should we complain if there is a touch of green in England and New Zealand pitches, also if they are sportingly firm and bouncy in Australia. The larger question, however, is whether bad pitches can lead to good cricket.

This is the difference India is unable to make out when there has to be some distinction to be made between a turning pitch tending to help spin and a complete horror in which the fast bowlers tend to come off at variable heights even as spinners are called for height for deliveries that sometimes, though rarely, tend to fly off worn out spots. Deliberate under-preparation can lead to some awkward questions about bounce from pace and spin.

Team India has gambled so much on designer pitches being manufactured for them under the supervision of the national curator Daljit Singh that a normal pitch as in the Rajkot Test, the first of the long season, has become a rarity. There is no way out of the conundrum of how to find a balance between performances at home and abroad as the host has to keep making these pitches on which it can hope to grab the advantage by its grater balance in the team in such conditions with bowling all-rounders. But the theory does not always work well as we saw in Pune.

The toss becomes so crucial that the very idea of bad pitches is a gamble on what is a straightforward 50:50 proposition no matter how lucky a captain considers himself to be in tossing the coin or calling it. In that sense, the two captains who are also the leading batsmen on either side, are under greater pressure than on normal pitches on which batting second is not that great a challenge and in fact may favour the side as there is always more life in the conditions to exploit at the start of a Test, particularly in England and New Zealand.

Indian pitches do tend to flatten out a bit and promise to improve in the course of a match, but once the footmarks come into play, they can reduce everything else to an illusion. The demand on skills becomes so acute that the first innings usually become enormously crucial in India. Not even taking a handsome lead as Australia did in Bengaluru is a guarantee against a fourth innings collapse.  Which is all the more reason why reason sometimes deserts the players, much like it did in the famous Smith ‘brain fade’ as well as in the anger so visible on  Kohli’s visage every minute he is on the field.