Sports   Cricket  14 Dec 2019  'To hell with those who don't understand my respect for Sourav Ganguly': Ravi Shastri
Sports, Cricket

'To hell with those who don't understand my respect for Sourav Ganguly': Ravi Shastri

A week back, it was Ganguly who had cleared the air on his part making it clear that rumours of bad blood between him and the head coach. 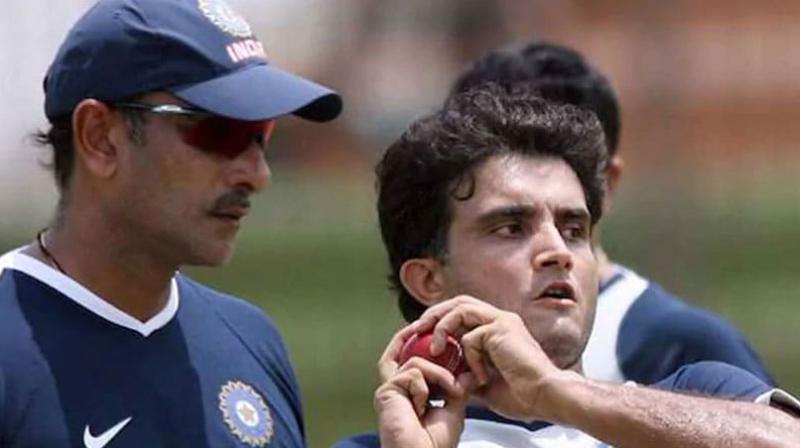 'To hell with those who don't understand' was Ravi Shastri's inimitable response to the sceptics, who have constantly made conjectures about his alleged frosty relationship with BCCI president Sourav Ganguly. (Photo: AFP)

New Delhi: "To hell with those who don't understand" was Ravi Shastri's inimitable response to the sceptics, who have constantly made conjectures about his alleged frosty relationship with BCCI president Sourav Ganguly.

A week back, it was Ganguly who had cleared the air on his part making it clear that rumours of bad blood between him and the head coach of the Indian cricket team are merely "speculations".

"As far as the Sourav-Shastri 'game' goes, that is a brilliant chaat and bhelpuri for the media with all mirch and masala," Shastri said during 'India Today' channel's special programme 'Inspiration'.

"What he (Ganguly) has done as a cricketer, I have got utmost respect. He took over Indian cricket at the most troubled times, post the match-fixing era when the Indian cricket was in shambles. You needed the faith of the people to comeback and I respect that. And if people don't respect that, to hell with them," Shastri, known for his plain speak, said.

The Ganguly-Shastri relationship became a topic of discussion after the Cricket Advisory Committee (CAC) comprising Ganguly, Sachin Tendulkar and VVS Laxman preferred Anil Kumble over him in 2016, with both having a public fallout.

Shastri termed Ganguly's ascension as the president of the cricket board as "outstanding" after three years without a democratic set-up.

"Oustanding (Sourav as BCCI President). First of all, I am thrilled that there is a BCCI in place. We played three years without a BCCI. which allowed the ICC to take off to another level."

For someone whose life has been an open book, the 57-year-old doesn't really give two hoots to all the abuses that are directed at him on social media.

"What is this social media, this troll? I post my fans, they read, thank you very much...uske baad bhaad mai gaya jo.. (go to hell). It is just to tell my fans, I am here and what I am doing. Bolne waale bolenege (critics will never be quiet). We are a country of 1.2 billion people. People who do not have any work, they will speak," Shastri said in a typical answer.

While he has always been known to be a tough cookie, Shastri did admit that being an India coach comes with its own baggage of pressure.

"Of course, you feel pressure. For 'Chrissake' (Christ's sake), I am the coach of an Indian cricket team. This is not a mic in my hand. With mic I could tomp it off, it could take off. This is pressure. You are answerable. It's a responsible position," he said.

For all his critics, he has a simple answer.

"You point one at me, there are three fingers pointing back at you, always remember that. So you're not here to get intimidated by nobody. This Indian team hates losing. Why? Because they know they can win anywhere. No one hates losing more than Virat Kohli and the coach."

Shastri recollected how people reacted when he had commented that the current Indian team could become number 1 in the world.

"The game teaches you the hard yards. India was no.7 but there was belief. Just like I had belief in my ability as a player to go from 10 to 1. I had the belief this team could go 7 to 1. And when I said it two years ago, people said I was speaking French or Spanish."

He has no issues with people having varied opinion but he wanted to remind everyone that his voice can never be muzzled.

"People have every right to question what I have said because they are doing a job. But for God's sake, I have the right to say what I have to say as well. Don't stop me from that because you will never be able to stop me. If I believe in something I will say it because I mean it."