''Easy to switch formats if game-plan is clear" : Mayank Agarwal

Agarwal has been picked in the team for the ODI series against West Indies as a replacement for the injured Shikhar Dhawan. 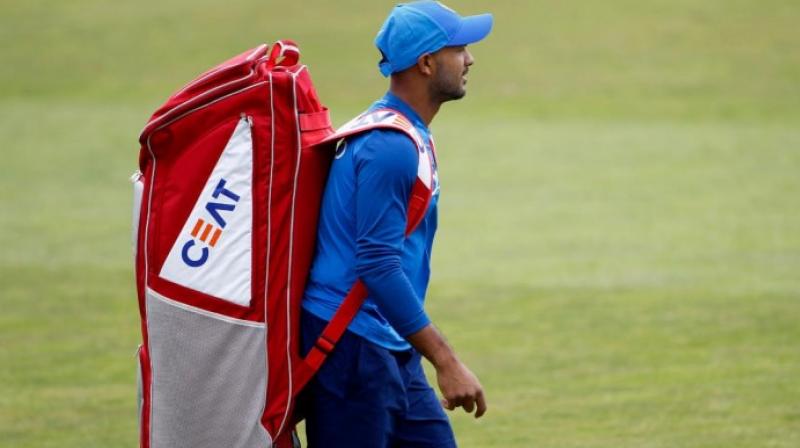 His place in India's Test squad cemented, opener Mayank Agarwal says it is easy to switch formats if the game-plan is clear. (Photo: Twitter)

Chennai: His place in India's Test squad cemented, opener Mayank Agarwal says it is easy to switch formats if the game-plan is clear.

Agarwal has been picked in the team for the ODI series against West Indies as a replacement for the injured Shikhar Dhawan.

"The more I play like this, the better it is for me as a cricketer because I rather play cricket than not play cricket. When it comes to mindset (switching formats), the basics remain the same. It's easy to switch formats if your game-plan is clear and your understanding of the game is clear," Agarwal said on 'Chahal TV'.

Since making his Test debut last December in Australia, Agarwal has made rapid strides, ending the 2019 season as one of the top-run-getters in the format.

Irrespective of whether he is playing Test or limited overs cricket, Agarwal is always focussed on the task.

"Regardless of wherever I play, I always think about how I can become an asset to my team and how I can contribute to the team. Even if I don't score runs with the bat, I think about contributing on the field, bringing in more energy on the field," he said.

Agarwal has two double tons and a century under his belt for India in Test cricket.

"I want to win each and every match, each and every tournament. When you come in with that attitude, your mindset will be good. There's no guarantee that you'll get the results 100 percent but you will be giving yourselves a good chance to perform," he said.