Kohli and Co. play FIFA on PlayStation in Chennai

The cricketers were unnable to practice due to wet grounds after the cyclone Vardah. 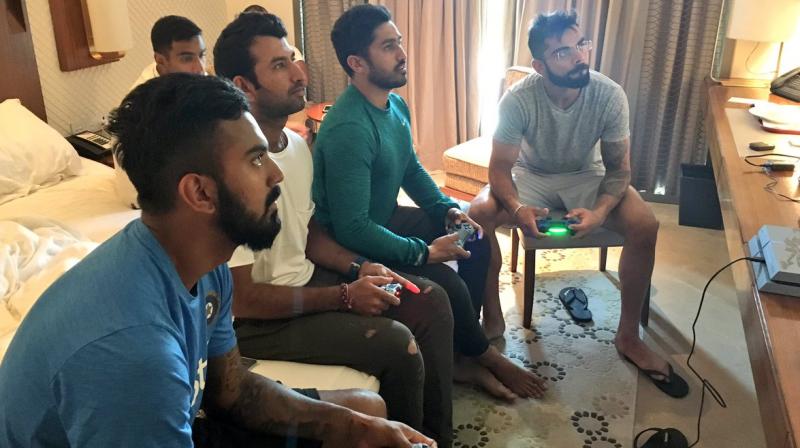 Indian cricketers play a game of FIFA to spend their time. (Photo: BCCI)

Mumbai: Cyclone Vardah’s wrecking havoc in Chennai have forced Indian cricket team players to stay in the hotel rooms. India and England are scheduled to play the fifth and final Test from December 16. 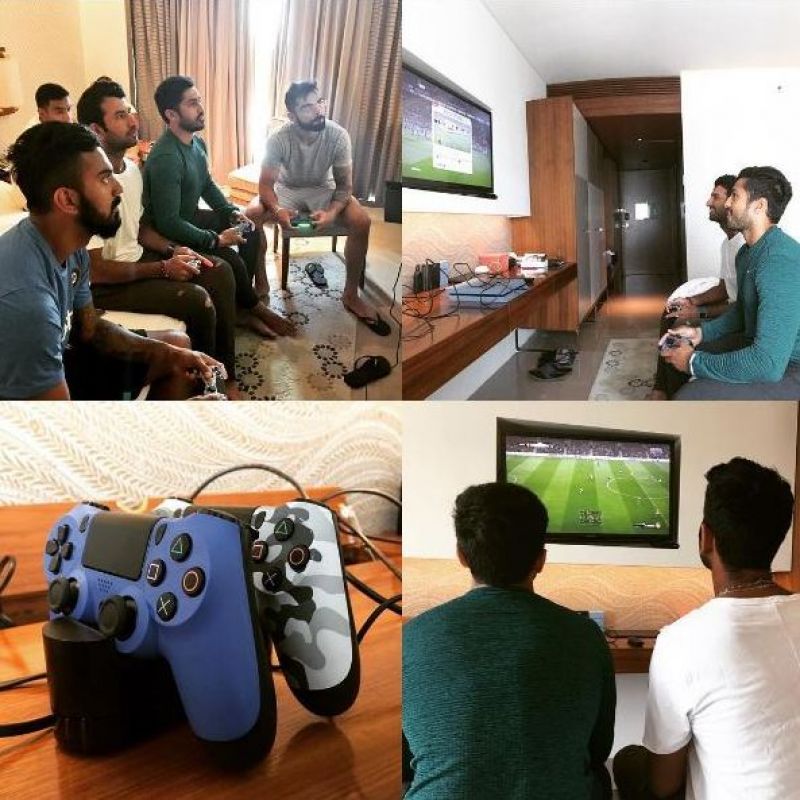 Earlier, Tamil Nadu Cricket Association (TNCA) secretary Kashi Viswanathan had said that the pitch and the outfield have not been affected by the cyclone and the match will start as per schedule.

"The assuring part is that the pitch and the outfield has not been affected by the cyclone. But sightscreen has been damaged. The bulbs have blown off, air conditioners damaged.

"There have been hundreds of tree trunks lying in the road leading upto the stadium. Our challenge is to set everything in order in the next two days. I am confident we will be able to set everything right," Viswanthan told PTI on Tuesday.

Meanwhile, former England captain Nasser Hussain, who is part of the commentary team has tweeted out pictures of the nets and the pitch. 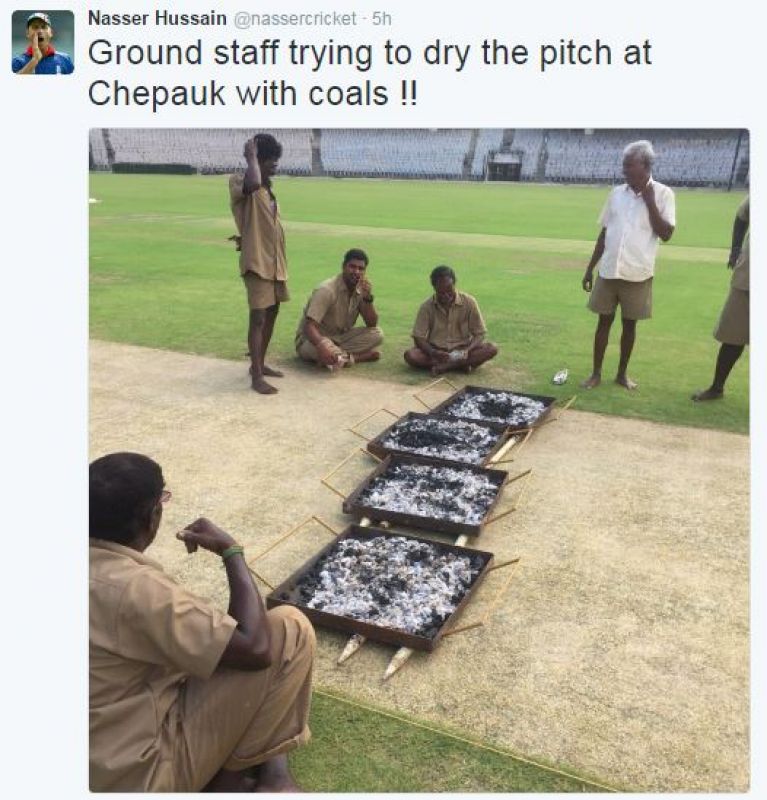 The nets also looked wet in patches and unusable. 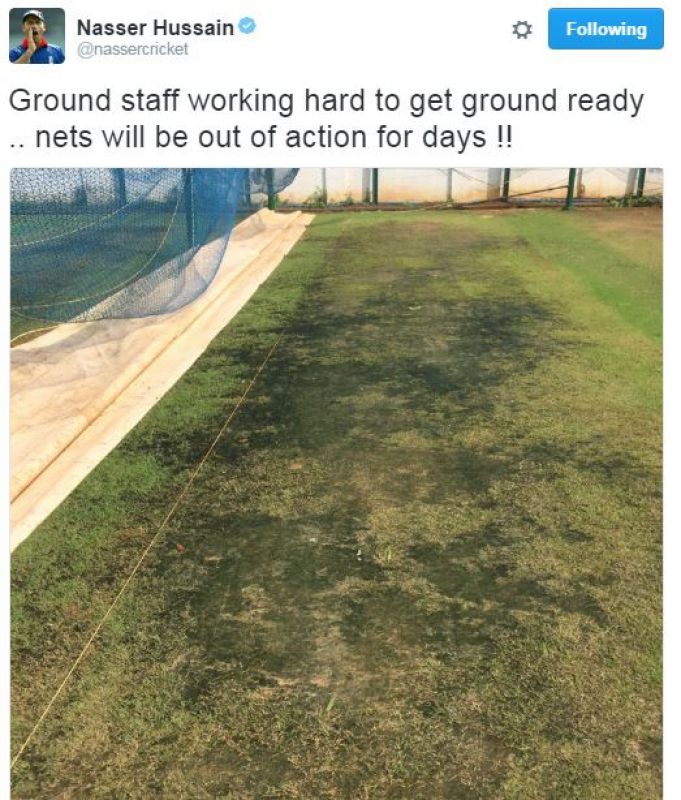