Sahu hopeful of Ranji call up

The leg break bowler picked 5/54 and 5/94 to star in 96 runs win over Payyade Sports Club in the three-day final match. 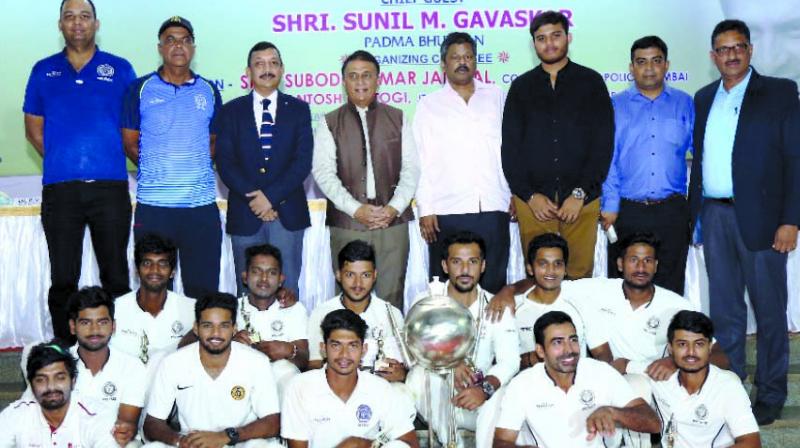 The 33-year-old brought his variations to the fore to catch Payyade batting in a fix. His trade mark leg spin bowling mixed with wrong one’s, sliders and top spin proved hot to handle for strong Payyade batting line-up.

“I missed first two games as I was called by Australian spin bowling coach (Sridharan) Sriram to bowl against Australian batsmen in nets during their recent UAE tour. Initially it was for one week then their coach (Justin Langer) and manager (Gavin Dovey) were impressed with me and increased my tenure to three weeks. They wanted to prepare their batsmen against wrist spinners,” said Sahu.

“I played two matches before the final against Parsee Gymkhana and MIG Cricket Club taking three wickets each. I love bowling on Police Gymkhana wicket and settled into good rhythm to finish with overall 16 wickets from four innings in the tournament,” he added.

Sahu made debut for Haryana in 2002-03 domestic season but couldn’t get a permanent place in the side due to presence of world class spinners like Amit Mishra and later emergence of Yuzvendra Chahal. He played just 13 first class, 15 T20s and 15 list A games for his home state.

The former Haryana cricketer shifted permanently to Mumbai five years ago for his job as senior auditor in Comptroller and Auditor General of India. He has been picking wickets in a heap for CAG, Payyade and now Parkophene. He played for Payyade for three years and won Purshottam Shield and other tournaments with them.

He famously claimed all 10 wickets in a Kanga League Division 'A' game for Payyade against MIG in November 2014.

“It was a great season for me in Mumbai. I won the best bowler award and had three six-wicket hauls and two four-wicket hauls. But it was my ten-wicket effort in one innings that turned things for me. I was called by Rahul Dravid for trials at Rajasthan Royals in 2015 and it opened Indian Premier League career for me,” he recollected.

Sahu is with Kings XI Punjab from 2016 and is hopeful to be retained for the next season. The wrist spinner has an outside chance to represent Mumbai at domestic level. Mumbai is using left arm spinners Karsh Kothari and Shams Mulani currently and Sahu can give variety to slow bowling options.

“I want to play for Mumbai. I was part of the Mumbai Ranji probables and part of Buchi Babu squad that won tournament in 2015. I am hopeful to play first class cricket for Mumbai. I enjoy playing cricket and this game has given me a lot. I am ready for any service when required,” said Sahu who has put Australian team offer to help the side to counter wrist spin during India series and before ICC World Cup in England, on hold to be available for Mumbai Ranji call, IPL camps and club cricket. “If it fits in my time I will be happy to help Australian batsmen to judge spin. But at the moment my focus is to play well and be available for Ranji call up and IPL camps,” said Sahu who will now play Purshottam Shield for Parkophene and later Times Shield for CAG.