Bairstow gave Smith a mighty scare when the Australian was sprinting for a run. 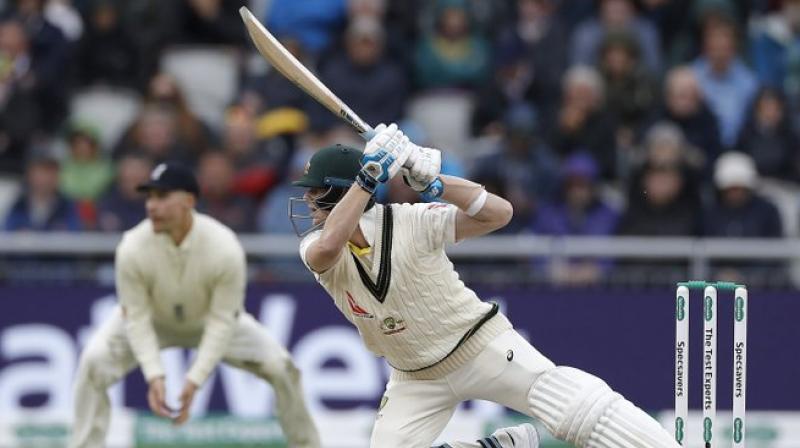 England bowlers have done all the spadework to dismiss the right-hander cheaply but they have not been successful in the ongoing series. (Photo: Cricket Australia/Twitter)

Steve Smith maintained his form and yet again produced a knock of 80 runs in the fifth and final match of Ashes 2019. Smith has now amassed 751 runs, a sizeable chunk of the team's overall tally of 2,508 runs over the entire series.

England bowlers have done all the spadework to dismiss the right-hander cheaply but they have not been successful in the ongoing series.

On Friday, Jonny Bairstow gave Steve Smith a mighty scare when the Australian was sprinting for a run.

Bairstow positioned himself as if he was about to collect the ball, forcing Smith to dive full length to get back into the crease. However, the ball was nowhere near Bairstow and even Smith admitted that he had been successfully fooled by the English wicket-keeper.

Steve Smith was in no danger of being run out here ... but Jonny Bairstow made him think he was! #Ashes pic.twitter.com/YajKdVcmc8