Vihari believes the century that he scored against West Indies recently was the start of something big in his career. 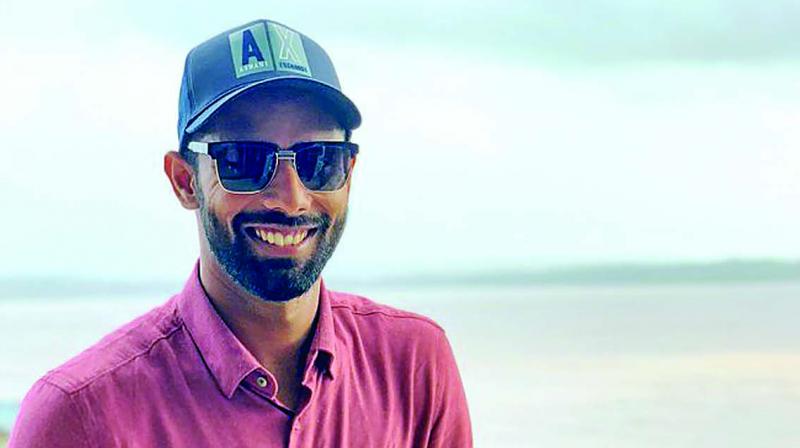 India middle-order batsman Hanuma Vihari believes the century that he scored against West Indies recently was the start of something big in his career.

Vihari also became the first Indian batsman since Sachin Tendulkar in 1990 to score a century and a fifty in the same Test while batting at No. 6 or lower.

Do you feel that your entry on the international stage was a bit late?
India are doing quite well in Test cricket as well as limited-over cricket. Hence, it’s not easy to get into the No. 1 side in the world. But whenever the opportunity knocks on the door, I’m ready to show my calibre. I was never really worried about not being selected despite scoring runs in first-class cricket. That’s something which is not in my control. Hence, getting runs for my team —whether it was Andhra cricket team or India ‘A’ — was my sole focus at that period of time. I always aspired to break into the Indian team but knew that I had to deliver consistent performances in domestic cricket to get into the national side.

On Virat Kohli the skipper:
Kohli as a skipper is quite supportive. He always backs youngsters in the team. Every youngster’s desire is to get such backing from the skipper in the initial days of his career. I’m very happy that Kohli is quite efficient in doing that.

On comparisons with VVS Laxman:
People tend to get into comparisons and you can’t really stop that. But I’ll be beaming even if I play half the matches as VVS and achieve what he has at the international level. It’s a great compliment for me to be compared with such a player but there’s still a long way to go.

What are your long-term objectives?
I’m a guy who lives in the moment. So, I haven’t thought about any long-term objectives yet. I’m just preparing for the upcoming series and will deliver my best while taking one step at a time. I will start preparations for the South Africa series in a couple of days. I am looking forward to playing in Vizag as that’s my home ground. I’m planning to go to NCA in a couple of days and I’m excited to meet Rahul Dravid if he’s there.

On his partnership with Ajinkya Rahane:
Ajinkya Rahane has got that sublime touch and it’s a pleasure to watch him bat from the non-striker’s end. He was also in good flair in the Caribbean and it was quite interesting to build a crucial partnership with him against West Indies. We both have good chemistry and understanding with each other. I’m sure we can build good partnerships in future too.