On Sunday, Real Madrid played a Mable Green Cup match against AS Roma at the Stadio Olimpico in Roma, Italy. 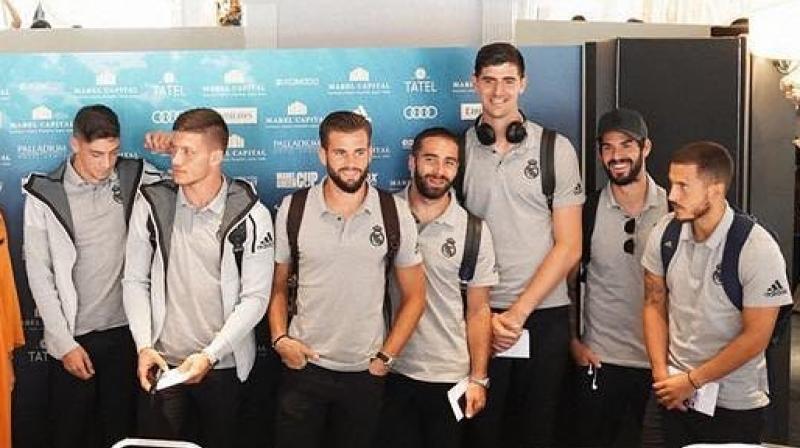 Marcelo and Casemiro were the goalscorers for Los Blancos while Diego Perotti and Edin Dzeko scored for Roma. (Photo: Instagram/EshaGupta)

Mumbai: On Sunday, Real Madrid played a Mable Green Cup match against AS Roma at the Stadio Olimpico in Roma, Italy. It is the home stadium of AS Roma. The full-time ended with both clubs tied at 2-2. Hence it went on to penalties which the host club, AS Roma, manage to win 5-4. Marcelo and Casemiro were the goalscorers for Los Blancos while Diego Perotti and Edin Dzeko scored for Roma.

Even though it was a friendly, a lot of people had turned up to witness this blockbuster affair. One spectator amidst them was Bollywood actress Esha Gupta, who watched the entire match from the stands. She had visited Rome to attend the Mable Green Cup 2019. After the match, she gave away the tree trophy to the winning team.

The actress also received exclusive entrance inside the dressing room of Real Madrid. The actress is a huge fan of the Los Blancos and this was a fan-girl moment for her. She clicked photos with Marcelo, Luka Modric, Toni Kroos and Nacho Fernandez. She also shared these photos on her social media account.