Brathwaite scored 9, 10 and 0 across formats in the ongoing limited over series against India as West Indies suffered four straight games. 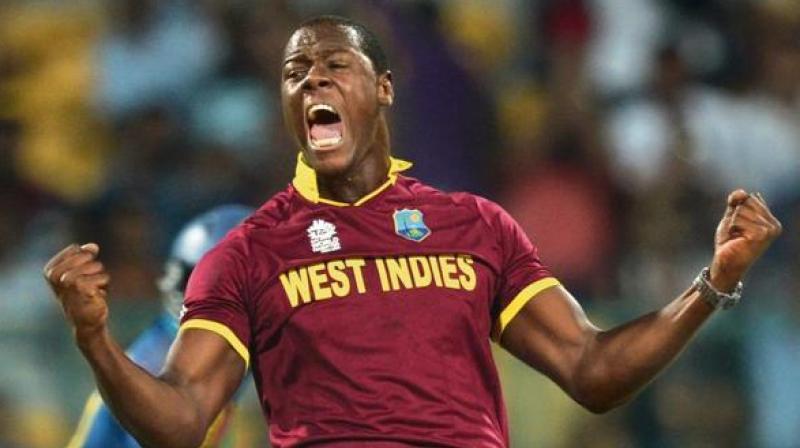 Brathwaite's last memorable innings came in the World Cup in England when he blasted an 82-ball 101 to take West Indies to the brink of victory against New Zealand. (Photo: AFP)

Port of Spain: Struggling with his form, West Indies all-rounder Carlos Brathwaite said he is working on his fitness and trying to "reprogramme" his thoughts to get his batting back in order.

Brathwaite scored 9, 10 and 0 across formats in the ongoing limited over series against India as West Indies suffered four straight games.

"I think batting-wise I have to reprogramme my thinking about hitting and swiping and batting properly," he told reporters on the eve of the final ODI against India on Wednesday.

"We are having a lot of honest conversations with the coaches and the staff and I think one thing that's kept me back is my fitness. I am working very, very hard in the past 12 to 14 months on my fitness  I believe I can get a bit stronger as well."

Brathwaite's last memorable innings came in the World Cup in England when he blasted an 82-ball 101 to take West Indies to the brink of victory against New Zealand.

But his attempt to hit a match-winning six in the penultimate over cost him dearly as West Indies went down by five runs.

"I had a lot of time to bat. I had a clear thought process. I was working very hard off the pitch, as I am now, with the bat, in trying to do the right things and the simple things as long as possible," said Brathwaite.

"I had enough time so I could play myself in getting so at the back end when I normally come in to bat to start my innings I already had (faced) 40-50 balls. The challenge for me is that that situation won't always present itself.

"(In the India series) Being at home, we have changed the combination a bit. There I played at seven (six), here at eight, nine or maybe seven  the thing I take away from that (New Zealand) innings is the way I structured and built the innings which allowed me to kick off at the back end," he added.