ICC World Cup 2019 Final: ENG vs NZ; How each team can beat the other

Which team wins will most likely be decided in the innings where England will bat New Zealand will bowl. 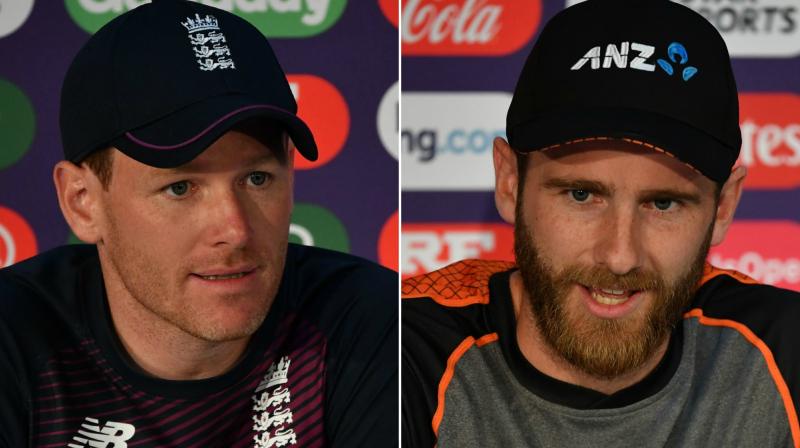 The two sides in contest had a contrasting campaign at the tournament. (Photo: AFP)

Mumbai: The 2019 ICC Cricket World Cup concludes at the home of cricket itself, the Lord’s Cricket Ground. The two teams facing off will be England led by skipper Eoin Morgan and New Zealand, led by skipper Kane Williamson.

The two sides in contest had a contrasting campaign at the tournament. While New Zealand started as a good side, staying unbeaten for most of their run in the league stage, England faltered after the injury of opener Jason Roy. As the Kiwis kept winning, England lost key clashes with Pakistan and Sri Lanka, which put their hopes of reaching the top four positions on the table at risk and teams like Pakistan, Sri Lanka and Bangladesh inched closer to beating England on the table.

However, England picked up in the later half of the league stage and beat both India and New Zealand, as opener Jason Roy came back for the team. The Kiwis meanwhile, lost to Pakistan and ended up finishing fourth on the table by beating Sarfaraz Ahmed’s side by just a difference in the Net Run Rate.

England managed to finish third as New Zealand narrowly made the cut to the fourth spot, after being top of the table for most of the tournament.

Eoin Morgan boasts of great talent, with a team in which pretty much everyone can bat, he also can rely on his bowlers Jofra Archer, Mark Wood and Chris Woakes. Yet, England’s batting side comprising Jason Roy, Jonny Bairstow, Joe Root, Ben Stokes and Jos Buttler will be their trump card.

The batsmen have played key roles in making huge targets as well as chasing them down quickly, as evident by England’s thrashing of a good Australian side. Since the England batsmen are comfortable with scoring boundaries and are immune to pressure, New Zealand will have no option but to look forward to dismiss them before it’s too late.

England will look forward to bat first and make a big target.

England’s bowling side, though not the team’s best weapon thanks to their batsmen, are still no pushovers and Jofra Archer, Chris Woakes and Mark Wood post serious threats to New Zealand’s batsmen.

In contrast with England, the kiwi batsmen aren’t the most reliable and the openers haven’t really performed well throughout the tournament, with number three Kane Williamson having to step onto the pitch within the first 10 overs during most matches. Regardless of which two players open between Guptill, Nicholls and Munroe, they will have to be on their absolute best on Sunday.

England will look forward to exploiting this factor, and it will likely be the experienced middle order consisting of Kane Williamson and Ross Taylor who will be scoring a large share of New Zealand’s total.

But the match could turn in the innings where New Zealand will bowl. The kiwis have Santner, Henry and Boult, who is one of the two players who took a hat-trick in the tournament.

Though an uphill task, if the New Zealand bowlers somehow manage to make quick work of the English batsmen, like they did against India, they could turn the match in their favour despite their batting problems.

Who wins the match, and hence the trophy, will most likely be decided in the innings where England will bat New Zealand will bowl.