The CAC expressed pain on hearing that the appointments of Zaheer Khan and Rahul Dravid were forced upon Team India head coach Ravi Shastri. 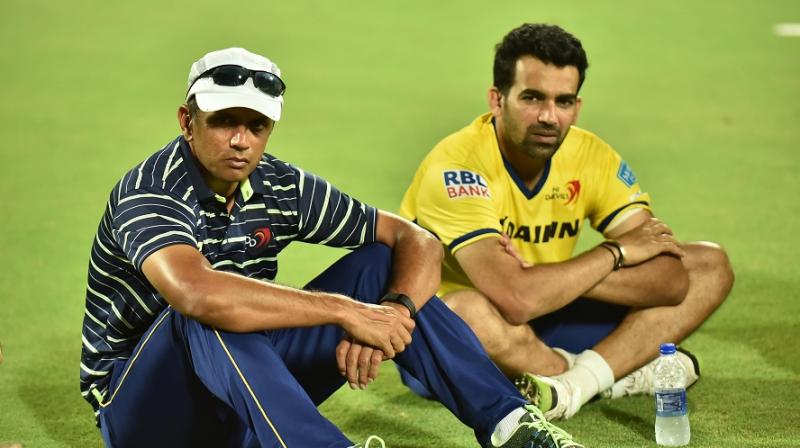 The CAC believes that the media coverage on Rahul Dravid and Zaheer Khan's appointments have put the committee members in bad light. (Photo: Delhi Daredevils))

In a strongly worded letter to the Committee of Administrator (CoA) chief Vinod Rai and Board of Cricket Control for India (BCCI) acting secretary Amitabh Choudhary, the CAC members – Sachin Tendulkar, Sourav Ganguly, and V.V.S Laxman – said that Zaheer and Dravid were appointed to help Shastri and Indian cricket.

"Taking various factors into account, we decided that Ravi Shastri was the best man for the job (head coach), but we also felt that Indian cricket would be better served if Shastri had the services of Zaheer Khan as bowling consultant and Rahul Dravid as batting consultant for overseas Test matches, of which several are lined up in the next two years."

The letter further added that "it has both pained and disappointed us, therefore, to see the light in which the CAC has been portrayed in various sections of the media".

The legendry trio said that Ravi Shastri was consulted before appointing Dravid and Zaheer.

"We spoke to Shastri about getting Khan and Dravid on board in these capacities, and he readily agreed to the idea of having them in the set-up so that it would benefit the team and Indian cricket as a whole in time to come. It was only after getting Shastri's consent that we also recommended the names of Khan and Dravid in their respective capacities," it said.

They concluded the letter saying, "The three of us played our cricket with great integrity, and we have brought that same trait in fulfilling this important responsibility bestowed upon us by the BCCI. While we are not looking for plaudits, we do not appreciate the tone and the falsehoods of the narratives."

The legends urged Rai to clear the air on the issue and reminded Rai of an e-mail where he had apparently given them a free-hand in picking the coach of the Indian cricket team.

"It is our desire that you come public about the transparency of the process of identifying the next head coach so that the falsehoods are put to bed."