Coach is in and journey to World Cup 2019 begins

The appointment of Zaheer Khan as the bowling coach and a batting consultant in Rahul Dravid for Test tours might just hem in Shastri’s role a bit. 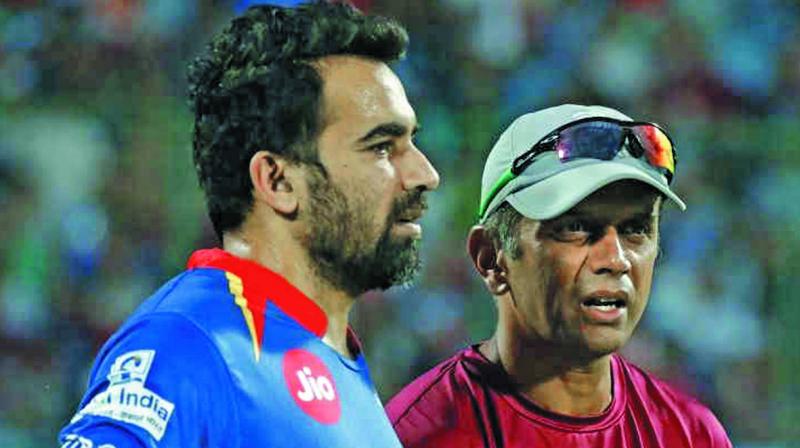 The appointment of Ravi Shastri as the Team India coach was a foregone conclusion. The manner in which the process of appointment was handled may have shown that the pressures of BCCI-type administration in the post Lodha panel are beginning to show everywhere, including in the cricket greats who were invested with the task of choosing Anil Kumble’s successor.

The choices made were a clean giveaway of where Virat Kohl’s preferences lay. The politics over the virtual sacking of Anil Kumble and the comeback being staged by his predecessor will run out in time. However, each time Indian cricket somehow manages to create these storms, they might leave their imprint on the minds of the cricketers.

The appointment of Zaheer Khan as the bowling coach and a batting consultant in Rahul Dravid for Test tours might just hem in Shastri’s role a bit. It is obvious there were different opinions in the coach selection panel. While it might be exciting to believe Virender Sehwag would make a good coach, the question to ask is whether his ‘See ball, hit ball’ philosophy can be good for a whole team. Admittedly, it worked wonders for him, including in Test cricket.

The fact of the matter is a new management team is firmly in place and, logically enough, is being given a run till the World Cup, which is less than two years away. If Team India doesn’t make a great enough impression in the quadrennial showcase event, then the baying for blood, including that of Kohli, might begin. There are some difficult decisions to be made and the sooner they are arrived at the better for team preparation for what is still the most important event in the global cricket calendar.

Should Mahendra Singh Dhoni be in the team? What about Yuvraj Singh? Answers have to be found quickly if the preparation process is to be smooth. Everyone knows this, but who will bring up the topic in the appropriate forum? The Kohli-Shastri inputs on the two seniors should carry a lot of weight with the selectors. The big call will be theirs. It would come as no surprise if they believe one of the veterans can stay on to be a steadying influence and that would probably be Dhoni.

Eye opener: The marvellous innings the young West Indian opener Evin Lewis played on Sunday in the Caribbean was an eye opener. It showed what outcomes can be brought about by fearless cricket. It is probably easy to say that it is possible to be fearless until defeat looms from overplay of adventurousness at the batting crease. But, when we study the approach of batsmen like Brendon McCullum, it becomes possible to understand how it is possible to transform cricket, not only by personal example of aggression but also by passing on that message down the order.

Lewis appears to be McCullum 2.0, probably just Beta at the moment. He had displayed his capabilities in a century off 49 balls in Florida last year and was no stranger to Indian bowling. What his innings showed up it’s possible to throw the Indian attack off gear if you take it on early, as we saw in the Champions Trophy final too.

The weaker link is obviously the Indian bowling. However, a greater sense of fearlessness is probably also needed in the batting, which did not yield the optimum total possible after that bright T20 start. But then what has Team India achieved in 10 years since that sensational win in the inaugural T20 Worlds in 2007? We know we are falling short, including in making the optimum runs possible in any set of conditions.

The ODI format is the one that is supposed to suit Team India more. This is one reason why the World Cup should be the prime target of the new management team.