Sri Lanka have not played a match at the World Cup since June 4, forced to split points with Bangladesh and Pakistan following two washouts. 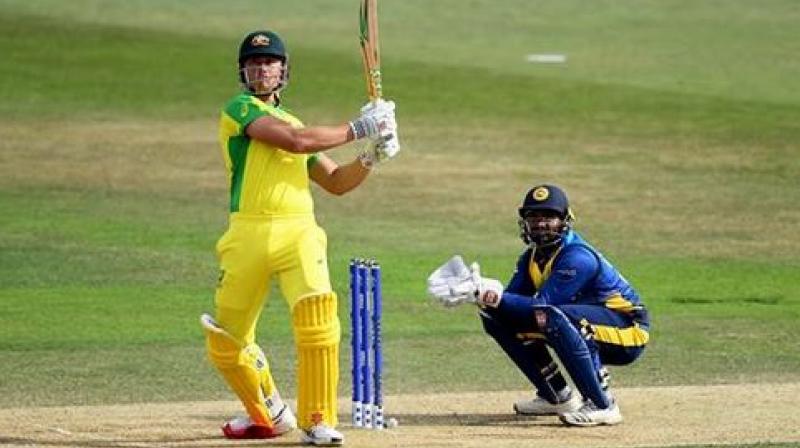 Defending champions Australia, on the other hand, have been simply unstoppable with their loss against India being the only blemish. (Photo: cricketworldcup/ facebook)

London: After two washed out games, Sri Lanka will be desperate to come out all guns blazing but defending champion Australia's depth will be hard to beat when the two sides clash in a World Cup fixture here on Saturday.

Sri Lanka have not played a match at the World Cup since June 4, forced to split points with Bangladesh and Pakistan following two washed out games.

The island nation, who won the tournament back in 1996, stands fifth with just one win -- against minnows Afghanistan in a rain-hit match -- from four games.

Defending champions Australia, on the other hand, have been simply unstoppable with their loss against India being the only blemish in an otherwise professional performance so far in the tournament.

The five-time winners are placed second with three wins from four games.

With two fifties and a hundred, David Warner has been simply outstanding, helping Australia post 300-plus scores in the last two matches.

The opener hasn't yet looked his destructive best but the 107 off 111 balls against Pakistan will ease his mind. The knock was his first century since making a comeback after the ball-tampering scandal and he would look to play with more freedom now.

Skipper Aaron Finch too has two fifties to show in the last four innings. He and Warner gave Australia a rampaging start against Pakistan in their last match and the duo will back themselves for an encore against Sri Lanka.

However, Australia have looked vulnerable against quality pace bowling -- they were reduced to 79 for five by West Indies.

Their middle order is brittle and squandered superb starts against Pakistan and India. Sri Lanka will look to exploit these weaknesses on Saturday.

Sri Lanka will hope that fast bowler Nuwan Pradeep, who had injured himself ahead of the Bristol game, returns Saturday to strengthen the bowling attack.

Veteran pacer Lasith Malinga, who had to fly home following the demise of mother-in-law, is also likely to play Saturday and the onus would be on the pace duo to get wickets.

In the batting department, the Dimuth Karunaratne-led side has failed to last the full 50 overs against New Zealand and Afghanistan.

The former champions will have to address their batting woes before they take on the likes of Mitchell Starc and Pat Cummins, both of whom have taken nine wickets each so far.