Garner’s five-for-38 in the 1979 World Cup final against England remains the best-ever bowling performance in the last game of World Cup. 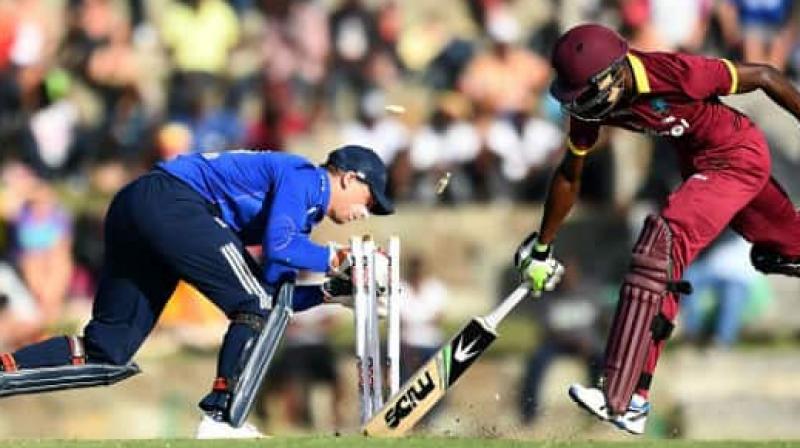 Jason Holder’s Windies side have had a mixed start to their campaign, crushing Pakistan in their opening match before losing to Australia and then seeing their game with South Africa abandoned. (Photo:AFP)

Nottingham: Former West Indies fast bowler Joel Garner has said the current side stand a decent chance of winning the Cricket World Cup - 40 years since he helped them last lift the trophy with a record five-wicket haul in the final.

Jason Holder’s Windies side have had a mixed start to their campaign, crushing Pakistan in their opening match before losing to Australia and then seeing their game with South Africa abandoned.

They face hosts and pre-tournament favourites England in Southampton on Friday.

“If we play the kind of cricket that we are expected to play, which is consistent cricket, we will get to the final,” the 6’8”- tall (2.03m) Garner, nicknamed Big Bird in his playing days, told Metro.co.uk.

“And then there’s nothing stopping us from winning the final. But you cannot depend on one or two players to get you there.

“I’m a West Indian, so of course I want to see them win. But it could be any of the top teams. When it gets to the semi-finals - that’s when the dog fight will really begin.”

“Jason Holder has worked hard and he’s turning out to be a good leader,” Garner added. “I’d be delighted to see him lift the trophy because it’s been a long time since we won the World Cup.”

However, Garner was reluctant to give his forecast for Friday’s game against England.

“I’m not even going to predict that one. I just hope we get 100 overs in and see some good cricket,” he said.

Three World Cup matches have had to be scrapped so far due to rain, and India’s game against New Zealand at Trent Bridge on Thursday looked likely to become the fourth fixture lost to bad weather.

Garner’s five-for-38 in the 1979 World Cup final against England remains the best-ever bowling performance in the last game of the tournament.