With the race for the playoff spot heating up, the hosts grabbed their chances with both hands in a do-or-die encounter. 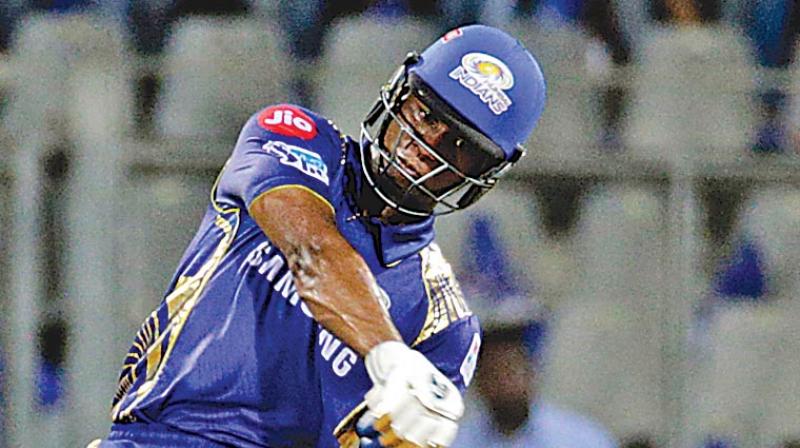 Mumbai: Hardik Pandya’s late sparkling show with the bat steered Mumbai Indians to 168/6 against Rajasthan Royals at the Wankhede Stadium in Mumbai on Sunday.

With the race for the playoff spot heating up, the hosts grabbed their chances with both hands in a do-or-die encounter.

The task was certainly not going to be easy for Rajasthan at Mumbai’s fortress and more so against a side, who were seeking revenge after losing in the reverse fixture.

Dropped catches prove costly
Visiting captain Ajinkya Rahane signified the importance of starting well during the power play and watching his side commit silly mistakes, particularly, at this stage, would only rub more salt in his wounds.

Mumbai signalled their intentions right away, battering Krishnappa Gowtham for 14 runs in the opening over. However, the scenario could have been completely different had it not been for some dropped catches. And they were made to pay the price.

Gowtham was the first one to deny Rajasthan the breakthrough after Suryakumar Yadav played an early flick towards mid-on but the fielder fell inches short to cover ground. Moments later, a dolly slipped through the fingers of Stuart Binny who went reverse-cupped at long of after Evin Lewis miscued his lofted on drive. The pressure took a toll and you could see it on the face of Shane Warne in the dugout. They were not done yet. During the death overs, Jofra Archer missed a sitter at point as Jaydev Unadkat deceived Ben Cutting with a slower delivery.